Video
Start your summer racing right with this beautiful seaside Swimrun in East Sydney. Forget the bike, this multistage swimrun features beautiful views of Parsley Bay and some serious sea swims. Great for beginners, come for the views, the breakfast and the kudos.

Sophie D
"This was my first time doing the event. I was a little nervous as it was my..."

Emma S
"Great fun, thanks for making the effort to put it..."

How to enter the 3 Bay Challenge

The race starts at Watsons Bay and participants will follow the red route marked “Run OUT” towards Nielsen Park, via the Parsley Bay Bridge (3km).

After the swim at Nielsen Park (250m), participants will run back along the “Run IN” route towards Parsley Bay (2km) for the second swim (350m).

After the swim, the run route goes through Parsley Bay Reserve and towards Watsons Bay (1km), via Gibson’s Beach Reserve, for the final swim (100m).

Competitors will enter (and exit) Nielsen Park via Coolong Road. Competitors will wind their way around Shakespears Point, descend the stairs and arrive at the beach on the eastern side where they can transition for the swim leg (300m).

After the swim, put your runners back on and head out the same way you came in.

On first (Red) leg of run, competitors will run across the iconic Parsley Bay Suspension Bridge and head towards Neilsen Park for the first swim.

On the retrun leg (Blue), you will approach Parsley Bay from Parsley Road. Be careful of the steep decent into the park!

Then run through the Park towards the Beach for a 300m swim.

To exit the park you will run through the secluded and stunning short bushland circuit, that takes you to a waterfall at the head of the gully.

Registration will take place in front of the Watsons Bay Hotel, and will open at 6:45am on the day of the event.

The first leg will involve running out of Watsons Bay via Gibson’s Beach Reserve. On the return leg (Blue), there will be a swim (100m) at the Watsons Bay baths prior to finishing the course in front of the Watsons Bay Hotel.

These Baths are an hidden treasure of the Sydney Harbour foreshore, and you could appreciate their beauty and breathtaking scenery as you finish your race.

Registration - 06:45am at Watsons Bay Hotel

there will be an area for bag drop at the start of the race. Someone will be watching this area for the entire race. We do encourage you not to leave valuables in your bag, as we do not accept liability for loss, theft or damage to your items.

There will be three to four waves on the day. Your wave will be determined by when you entered. If you want to run with a group of friends, start a team and ask them to all to register in the same team.

What to wear to the event?

We have seen it all: people swimming in their shoes, running barefoot, and fully clothed or just swimmers.

But the majority of participants run in shoes and their swimmers only. Before each swim, you take your shoes off (as the swims are a circular route) and you put them on again when you take off on the next leg of the run.

Signing in on the day?

Moderate breeze possible, up to 12mph 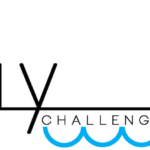