The Hounslow Classic starts and finishes in the township of Blackheath in New South Wales world famous the Blue Mountains. The course is spectacular and once run will never be forgotten.

The event is held at the Northern Grose Valley location which is one of the most spectacular and amazing valleys in Australia. Annually over a million visitors travel to see this part of the world. Its amazing, spectacular and now home to New South Wales only SkyRunning event!

Leonie M
"Second year doing the 22km run. Fantastic course. I love it !!! Such a stunning..."
See all reviews

How to enter the Hounslow Classic

Runners leave the Allview Escape directly into Twin Falls Road. Then they connect into the Western Rim Trail which takes them to Govett’s Leap. From Govett’s Leap runners take the Cliff Top Track along to Evans Lookout (Marshall), then head out to Neates Glen (Marshall) and start descending into the Grose Valley. Grand Canyon awaits runners and being an international destination for photographers – both amateur and professional – the rainforest you enter will definitely leave a footprint on your soul. This rainforest is some of the oldest on the continent. It is amazing. Past Beauchamp Falls and along to Junction Rock and that’s pretty much the end of the downhill. At Junction, Rock runners take a left and take Rodriguez Pass up up up and up to Govett’s Leap. From there runners return to Allview Escape via the western rim trail. (Aid Station).

When leaving the Allview Escape, runners descend onto the Western Rim Trail and then take the Clifftop track in a clockwise direction around the rim of the valley reaching Pulpit Rock (Marshall) and then emerge onto Hat Hill Road and making their way to Perry’s Lookdown (Aid Station).

The Grose Valley awaits and runners plunge once again into its depths on the steepest descent on the course down Perry’s Track and into the mystical and sacred Blue Gum Forest. The climb out is via Lockley Track and is as challenging and rough underfoot when runners are finally rewarded with amazing views from Lockley Pylon. Runners take the Pinnacles Trail to a fully stocked aid station at Pinnacle Turnaround.

Description: from spectacular Allview Escape, runners take the Western Rim trail around the edge of the Grose Valley, through Govetts Leap, running along the spectacular clifftop to Evans Lookout and from which Neates Glen Aid Station is only 1 kilometre away.

From Junction Rock, runners begin the ascent of Rodriguez Pass. At first, they keep to the left of Govetts Leap Brook, but as they climb higher, they cross back and forth across the water until reaching the base of Govetts Leap waterfall, where the spray from the falls keeps the track permanently wet (and often people on the track, too!). A steep ascent up the bush track and steps under hanging mosses, ferns and frowning cliffs bring runners back out to Govetts Leap and from there back around the Western Rim Trail to Allview Escape and the finish!

The Hounslow Classic events cover some truly isolated and hard to access terrain. Conditions in the Grose Valley can change in an instant. Whilst usually the weather is good in September, conditions can change at any time so runners need to be prepared. It has snowed in Blackheath several times in recent Septembers, but it could also be 30 degrees.

Requirements will vary depending upon the weather forecast, and will be advised 1 hour before the scheduled race start time. All runners should travel to the start line with all items of compulsory gear available, it is hoped that runners will be able to participate with as little gear as possible however we will not compromise safety and the kit decision on the day is final and not for discussion. Please come prepared with all Mandatory items.

These items must be added to the Good Weather Gear list if bad weather is called.

These items must be added in the event of bad weather.

An amazing prize pool, The Hounslow Classic Ultra sports cash prizes for first overall, equal value for men and women as well as 2nd and 3rd and Age group prizes of sponsors product.

Age Group Prizes
Male and Female
First place in each of the following categories will be awarded sponsored product prizes.

The Hounslow Classic sports sponsors prizes for the overall podium (female and male) as well as first in each age group (male and female).

Age Group Prizes
Male and Female
First place in each of the following categories will be awarded sponsored product prizes. 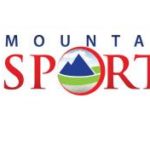