15 of the best running documentaries to keep your inspiration high

As a screenwriter, I spend a lot of time glued to the TV. And, as a runner, I know how effective running documentaries can be for persuading me to put my trainers on. There’s nothing more inspirational than seeing someone set a goal and achieve it – especially when a million hurdles are trying to stop them.

We’ve got a lot of time on our hands at the moment, so, why not use the opportunity to motivate you? I’ve collated a list of the best running documentaries to inspire you to get running – come rain, shine or British drizzle.

Inspiration can always be found in inexperienced runners. Once is Enough follows Jeffrey James Binney, who decides to run 100 miles through the mountains of Colorado after losing his mother to obesity. He’s a self-confessed “chubby comedian”, so expect plenty of laughter while being in awe of his motivation and perseverance.

Paula Radcliffe: The Marathon and Me

Paula Radcliffe is one of my all-time idols. She was basically the only female runner I heard about growing up and, as someone with ulcerative colitis, she inspires me to run despite accidents and upsets. This BBC documentary looks back on Paula’s extraordinary career and shows us why she’s the three-time London marathon winner.

LA’s Skid Row is one of the city’s most impoverished areas. One LA superior court judge sees an opportunity for reform and rehabilitation through a new medium: a running club. This is a truly inspirational watch, that illustrates just how powerful running can be and the impact it has on peoples lives.

Crazy people climb Everest. But Kilian Jornet runs it. This documentary will have you leaping across mountains and pushing yourself to the limit as you desperately try to become as fearless as this famous mountain runner. Jornet’s book – Above the Clouds – also features in our list of recommended running books.

Trials of Miles: Running 650km of the Australian Alps

I could have included a few of Beau Miles video’s in here and if you haven’t watched his A Mile an Hour video then you should. In this adventurous documentary Beau Miles becomes the first person to run the 650+km Australian Alpine Walking Track. Get ready for a raw and honest account of this immense endurance challenge, mixed in with some good Aussie humour along the way.

Another adventurous runner is Nikki Kimball, who takes on the 273 mile trail through Vermont’s Green Mountains. You’ll be in awe of the stunning scenery and insane talent of this ultra marathon runner.

Conquering The Dragon – The Berghaus Dragon’s Back Race

Sorry – there’s no fiery spike-backed monster in this documentary. The dragon they’re referring to is actually the mountainous spine of Wales from north to south. Each year, a number of participants take on the infamous Dragon’s Back Race – a 6 day, multi-stage, ultra running event. This documentary follows 5 participants as they take on this immense challenge.

From Fat to Finish Line

Running isn’t always about adventure. Sometimes, it’s about becoming more confident in your own skin. This film follows twelve runners who commit to shedding a hundred pounds and completing a 200-mile relay run together. It’s a great one for runners on a weight-loss journey.

All runners know the importance of a good pair of running shoes. But have you ever tried running barefoot? The Unknown Runner follows Geoffrey Kipsang Kamworor as he trains barefoot on the dirt roads in Kenya.

I could barely survive running a half marathon in 27 degree heat. Yet, each year, numerous runners take on the heat of the Saharan Desert in one of the planet’s most challenging races, the Marathon des Sables. In this documentary, Fiona Oakes tracks her journey in the toughest footrace on earth.

It’s hard to mention running without featuring the legend himself, Usain Bolt. This 2016 film shows one of the greatest and most adored runners of all time as he pushes himself to the limit.

Unlike the running documentaries mentioned so far, this is a running documentary series that will keep you hooked from the first episode to the last. Sean Conway has already swam the length of Britain, and now he’s determined to run it – in just six weeks. Where are the blister plasters!?

Good running documentaries inspire you to run. But great ones teach you something new. Gun Runners follows two former Kenyan tribal warriors who trade in their guns to become marathon runners. It’s a new perspective on running and you’ll come away feeling completely wowed.

Most running documentaries feature a runner or group taking on a challenge. Differently, this one features around a particular race: the Boston Marathon. Looking at its tiny origins to the tragedy in 2013, it’s an impressive watch that proves how spectacular marathons really are.

Ok, so Brittany Runs a Marathon is a film based on true events as opposed to a running documentary. But it’s still insanely powerful. The film follows novice runner Brittany O’Neill on her journey to complete the TCS New York City marathon. Expect laughter, tears and to be hooked from beginning to end, as this is a film that proves anyone can be a runner. Watching it pulled me out of a lazy slump last year and I haven’t looked back.

Can’t see your favourite running documentary? Let us know in the comments and we’ll add it in. 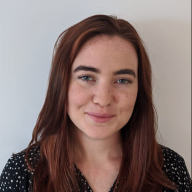 Chip Gaines has a short series called Courage to Run…..on discovery plus.