If you’re looking to lace-up and get running but not sure where to begin, then download a Couch to 5K app and consider yourself officially at the start line. Stick with it and in just nine weeks, you’ll be racing past the finish line as you graduate as a 5K runner.

The Couch to 5K plan — often abbreviated to C25K – will have even the slothiest sofa lovers up and running in no time. Plus, with a whole army of apps to choose from, often narrated by some of the world’s best-loved celebs, you’ll feel like you’re being cheered along by your coolest best friend.

What is Couch to 5k?

Couch to 5K is a running program for complete beginners. It was developed by a guy called Josh Clark who was himself, a running newbie. He invented the Couch to 5K plan to get himself running.

After publishing the C25K program to his website, couch potatoes across the world began to adopt the plan and it went viral. Today, there’s an estimated 50 million runners who have completed the popular running program. With its ability to seriously kick-start a running routine for even the most slovenly of couch potatoes, it’s no surprise the 0 to 5K method has become so popular.

How does Couch to 5k work?

The Couch to 5K plan works by offering a gentle introduction to getting the body moving. The classic Couch to 5K schedule consists of three runs each week for nine weeks, with a rest day in between. The runs are really easy to begin with and gradually increase in intensity, as you’re s-l-o-w-l-y  eased from sofa to 5K running superstar.

You’ll start in week one with eight, 60-second runs; each one broken up with 90 seconds of walking in between. From there, the app (if you choose to use one), will guide you through as you gradually build the walks into runs. By the end of week five, you’ll have your first, uninterrupted 20-minute run and by week nine, you’ll be completing 30-minute runs.

Promising to keep you engaged from first step to final cool-down, there’s a different schedule for each of the nine weeks; gathering in intensity as you build your way up to becoming a fully-fledged 5K runner. Each Couch to 5K session gets you moving with a brisk, five-minute warm up.

Stretching is always recommended before and after each time you train for Couch to 5K.

The Couch to 5K program is for anyone who wants to learn how to run 5K – that’s 5000 metres, or 3.1 miles. Maybe you’re a complete beginner and need the motivation to get started? Couch to 5K is for you.

Perhaps you used to run all the time, but now feel out of practice? Download a Couch to 5K app and get back into running. Using an effective mix of walks and gentle runs, a C25K plan is accessible for every level of runner.

What are the benefits of the couch to 5k plan?

The Couch to 5K program comes with a host of benefits. As you build up to completing 5K runs, you’ll mix running and walking. These spurts of interval training are great for boosting your heart and lung health as well as your overall physical health.

Once you’re a confident 5K runner, your runs will boost your cardiovascular health, strengthen your muscles and burn calories. Plus, if stress relief and happy hormones are on your agenda, the Couch to 5K program ticks all these boxes, too. We never met a post-run endorphin we didn’t like!

Note: Once you’ve caught the 5K running bug, it can be addictive. You’re likely to want to carry on to 10K runs and beyond.

How long does it take to complete a Couch to 5k?

Each Couch to 5K training session lasts between 20 to 30 minutes (don’t forget to factor in time for stretching). You’ll be training for three days a week, over nine weeks. After that, you can consider yourself 5K-ready.

Why is the Couch to 5k plan so popular?

There’s so many factors that have led to the popularity of the Couch to 5K plan. First off, it’s accessible. All you need is a decent pair of trainers and you’re ready to go. Beginning with bite-sized running intervals, anyone can attempt it and it can actually get pretty addictive.

Secondly, thanks to its unstructured approach to training, the C25K method offers an easy way to achieve the 5K running goal; you’re literally guided along the route, every step of the way. It’s foolproof.

Thirdly, it doesn’t take much time. There’s no excuses. With each session lasting around 20 to 30 minutes, three times a week, a Couch to 5K training plan can slide pretty easily into even the busiest schedules.

And finally, there’s a solid goal at the end of it. Who doesn’t want to smash a goal? There’s a great sense of achievement that comes with completing the Couch to 5K running program, as can be noted from the popularity of this viral training method.

What should I do after the Couch to 5k program?

Got the bug? If all that running has got you craving more, we’ve rounded up three ideas on what to do once you’ve celebrated your 5K runner status.

3 running ideas for after you’ve completed the Couch to 5k:

Ready to run 5k? Make it official with a 5k race near you. 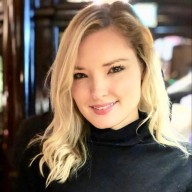 Writer of words that win awards. Past horse-rider, gymnast and dancer. Now loves running (usually after a small human; fastest when the biscuit tin is dangled in front of her), pilates and yoga. 6 Tips To Improve Your Marathon Time How to Start Running: Training for Beginners How to Train & Prepare for a Spartan Race