GFNY Uruguay is part of the GFNY World Series with the series championship in New York at the original Gran Fondo New York in May. Riders of the long course in Punta del Este can qualify for the first corral in New York.

With its many beaches, seaside homes, yacht harbor, high-rise apartment buildings, exclusive hotels and glitzy restaurants, "Punta" is South America's most glamorous resort destination. Celebrity watchers have a full-time job here. Punta is teeming with big names, and local gossipmongers keep regular tabs on who's been sighted where.

Surrounding towns caught up in the whole Punta mystique include the famed club zone of La Barra to the east and Punta Ballena to the west. Punta itself is confined to a narrow peninsula that officially divides the Río de la Plata from the Atlantic Ocean.

How to enter the GFNY URUGUAY

Windy in the evening and overnight.

Moderate breeze possible, up to 15mph 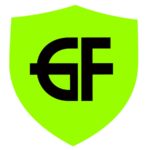 Gran Fondo New York was founded in 2011, when we brought the authentic Italian amateur bike racing event granfondo to the world’s greatest city. A granfondo is like a marathon where athletes compete against each other, themselves and the clock, and do their best as a personal challenge.

How was GFNY URUGUAY?