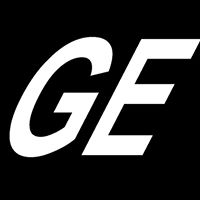 Event passed
Results & Photos
About
The Bedford Super Sprint Triathlon Series has been on the calendar since 2004 and has attracted a whole spectrum of competitors from complete novices – who see just the 400m swim a challenge – right up to national champions.The format is simple – 3 identical races spanning the season. The man and woman with the shortest total time at the end are the winners.To count for the series prizes you must finish all 3 races. You don’t have to enter all 3 up front – you can decide as each closing date approaches.Each race is based at Robinson Pool in Bedford. The race consists of a 400m swim followed by a 24km bike around the villages north of Bedford and finishes with a 5km run around the picturesque Bedford Park.

How to get there
7 Park Ave, Bedford MK40 2JY, UK
Get full directions

Galeforce Events
View more Galeforce Events events
Reviews
This event currently has no reviews, why not be the first? You could help someone find their perfect event.