By using this website you agree to our cookie policy
Dismiss
Need training help? Get a free training plan
OverviewDetailsReviews
Save
Share
Saddle up your bike for this stunning multi-county sportive. The route crosses Devon, Dorset and Somerset and hits some tough hills along the way. Get out and enjoy the scenery and put your legs to the test with one of three distances.

How to enter the Les Trois Frontières (Sportive)

The Short: An ideal opportunity if you want to be involved in a sportive but don't want to have to deal with multiple miles of riding. Its Dorset so expect a few tests. Under 14 year olds are able to attend for free (short route only) as long as they are accompanied by a paying adult. The route involves a stunning tour of Devon, Dorset and Somerset.

The Medium: The medium route will be a visually stunning ride through the beauty of Devon, Dorset and Somerset. The route has been changed to have a much more rolling feel, less steep climbs, and more long flat straights. The climbs that are included are followed by the leg loosener downhill sections or rapid open flats, making for a more rounded sportive.

The Long: The Long can be described as free flowing, as the action takes place on rolling roads that won’t trouble your legs (too much), with the occasional small peak to tackle here and there. The whole route is rolling, with more a step up of gradual climbing than an all-out up-hill effort. The biggest test of the whole ride happens at 140km, Abbotsbury Hill, a 1.5 km max of 16% elevation.

Because of the difficulty of the long route there will be a couple of cut-off’s at the course splits and one oops I’ve bitten off more than I can handle split, if you don’t make it by the cut off you will be directed onto the Medium route.

Why is it called the Dagger ?

In the past the town of Bridport saw its fame and great prosperity, for its hempen goods, and monopolized the manufacture of ropes, cables, and tackling for the fishing industry and the British Navy.

It was also here that the hangman’s rope was traditionally made which gave birth to the local proverb being ‘stabbed by a Bridport Dagger,’ Referred to anyone who had been hung by the noose, careful as in this case if your not ready for the Long route it may tighten its noose.

Spectators are definitely encouraged to come and see friends and family whizz by or catch them at their final sprint finish.

Volunteers
Volunteers are always welcome at these events, so if you fancy joining the team for the day or even a few hours at registration or with parking, please get in touch. You will be rewarded for your efforts and will be able to choose an event to enter for free, that’s any event and any distance. If you would like more information, please email [email protected] and someone will be in touch.

Are there feed stations?
The feed stations are at 26 miles (Martinstown village hall), 50 Miles (Beaminster) for the Medium route. And 26 miles (Martinstown village hall), 55 Miles (Toller Porcorum village hall) and 76 miles (Beaminster) on the Long route, the two support cars and all the marshals also have water.
Is the route marked?
Yes, the entire length of the course is mapped and marked out for riders.
Is there parking?
Yes, there is parking about 100 meters from registration.
What happens if I'm injured?
There is first aid on-site and Pick up wagons in case you get injured and cannot continue.
Have a question? Get answers from our team.

Moderate breeze possible, up to 10mph 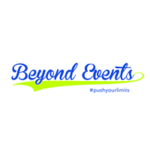 We are inspired by every location that we find to try to create an event of some sort. We want them to have a relaxed atmosphere and a welcoming environment, no matter what level of competitor you are our events will challenge and test you. We are extremely lucky and passionate to do what we do, and want to share that passion with as many people as possible, no matter what level of fitness you have.

How was Les Trois Frontières (Sportive)?