1 / 3
Event passed
Results & Photos
About
Test yourself in this brilliant Triathlon. With an array of distances to choose from this event lends itself to pro's and newcomers alike. The course involves an indoor swim, hilly bike ride and a run along the surrounding paths. Come for the epic medal and post race massage.

What's included
Each entrant will receive:
If you win 1st, 2nd, 3rd places as well as your age group, you will receive one prize and the prize you forfeited goes to the next placed finisher in your age group.
The event centre location includes:
How to get there
Bridport Leisure Centre, Brewery Fields, Skilling Hill Rd, Bridport DT6 5LN, UK
Get full directions
From the East follow the M3 and M27, journey times from the M25 are in the region of 2 – 2.5 hours.
From the West follow the M5 and then the A30 onto the A35, Journey times from Exeter are about 1 Hour.
From the North follow the M5 till Taunton and then the A358 to chard, From Taunton is approx an hour.
Parking opens at 06:00
Event day logistics
Registration will take place on the morning of the event, nothing will be sent in the post.
**Registration and Transition will be open from 07:15 - 08:45
***No exceptions, if you're late, you will not be able to compete.
Safety Brief from 08:45 - 09:00
*It's just the key points and wont take too long. 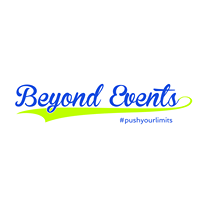 Beyond Events
We are inspired by every location that we find to try to create an event of some sort. We want them to have a relaxed atmosphere and a welcoming environment, no matter what level of competitor you are our events will challenge and test you. We are extremely lucky and passionate to do what we do, and want to share that passion with as many people as possible, no matter what level of fitness you have.
View more Beyond Events events
Spectator Info
Spectators are more than welcome!
Kit List
Beginners Kit List:
For more advance participants:
Swim
Bike
Run
FAQs
Will race packs be sent in the post?
Registration will take place on the morning of the event; nothing will be sent in the post. At registration you will receive everything you need for the race.
Where is the transition area?
The transition area is located just outside the leisure centre pool doors, its 10 metres from the changing rooms
Is there parking?
Free parking at Bridport football club (400m away)
Reviews
This event currently has no reviews, why not be the first? You could help someone find their perfect event.