Come down to the Castle Combe race circuit for this winter duathlon. Great for all levels, this flat course is on a smooth, traffic-free road. Come along for the finisher's medal and to put your body to the test.

ben t
"It really was chilly! Guess I could have predicted that given the name. But I..."

Robert S
"My first duathlonGreat organisation, great routes which were easy to follow,..."
See all reviews

How to enter the ‘Chilly’ Duathlon – November

Moderate breeze possible, up to 13mph 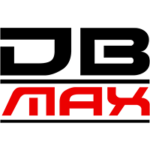 DB Max provide race timing for events all over the UK, from triathlons with 250 entries to running events with over 5000 entries. We also organise running, duathlon and triathlon events, including the Chilly, Westonbirt Triathlon and Portishead Triathlon and our new Titan Middle Distance Triathlon series with events in Brecon, Dartmoor and Weston. We provide event management services for various events in the South West and further afield. DB Max are known for providing high-quality service, in race timing, event management and event consultancy.