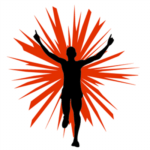 Dead Man's Ultra:
TBC
Races summary
Here's what races are available for Dead Man's Ultra
Dead Man's Ultra
200mi
Free Injury Protection
Route information
On July 30th 2021 Get yourself to where X marks the spot and you'll be press-ganged to the crew. ​ Notorious Pirate-Kings, One-eyed Cockbain, and Long-John Richard have hidden pieces of eight along the Norfolk Coast, and beyond for those that care to venture inland. ​ When you join the crew you'll be handed a fine velvety treasure box, that has space for eighths inside. You'll set off on your voyage to the first anchor point (around 60km) to information to locate your first nearby piece of eight. Once retrieved, should you decide to sail on, you'll be provided the location of the next anchorage. Intervals between each will vary, some shorter, some not. Each piece of eight is a fine themed-treasure in it's own right. ​ You'll continue towards the edge of the world as long as you have the sea-legs, collecting pieces of eight along the way. The total distance of the entire route might vary between 200 and 210 miles depending on the final section choice. Only the hardiest sailors are expected to reach the Dead Man's Chest.
How to get there
Norwich, Station Approach, Thorpe Rd, Norwich NR1 1EF, UK
Get full directions