Why book with us?

Dress up in your festive best for this Christmas running festival through Edinburgh. Runners new and experienced, young and old will enjoy these picturesque races around Inverleith Park. Come for the festive costumes and browse the numerous stalls after the race.

scottquicksilver
"I think it all went to plan and wouldn't change it at all...."

Joe H
"It was primarily running on sidewalks which can get narrow with a lot of people..."
See all reviews

How to enter the Edinburgh Christmas 10K & 5K Run

On Saturday, participants in the Edinburgh Christmas Walk begin in the middle of Inverleith Park, looping round the western edge before entering the Royal Botanic Gardens of Edinburgh. After passing through the gardens, walk on the beautiful banks of the Water of Leith, before passing Fettes College and working your way back to the centre of Inverleith Park. For those accompanied by furry friends, there is an alternate route which bypasses the Botanic Gardens, giving you more time to spend down by the Water of Leith before rejoining the walk on Howard Street.

Sunday's 5k starts from the centre of Inverleith Park, next to the Royal Botanic Gardens of Edinburgh, before looping around the Water of Leith banks and past the historic Fettes College.

The first half of the 10K follows the same route as the 5K run, however, instead of finishing back at the Royal Botanic Gardens, athletes undertake a second loop. Participants will run on the opposite bank of the Water of Leith, through the beautiful roads of northern Edinburgh, before finishing back in Inverleith Park itself.

There will be a short children's event on Sunday afternoon in Inverleith Park.

Sponsorship and race packs will be sent out by organisers within two weeks of booking.

The event is open to spectators.

Moderate breeze possible, up to 11mph 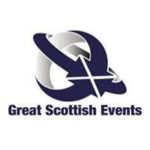 Great Scottish Events is the UK’s original adventure challenge company. We’re here to help organisations stage exciting, demanding and professional fundraising events, with participant satisfaction guaranteed. And it’s all about the fundraising, all of our events have a primary purpose of raising as much money as possible for the event charity. Over the years we have assisted charities raise more than £12 Million for their own good causes!