The Endurancelife Classic Quarter is a 44.5 mile Ultra Marathon along the south Cornish coast in the UK.

First hosted in 2007 each year the event grows in global reputation.

The task is brutally simple: to run non-stop from the southern most point of England (Lizard Point), to the western most tip (Land's End),along the legendary South West Coast Path. This translates to running 90 degrees of the compass, hence the name, Classic Quarter.

The challenge can be undertaken as a solo, relay team of two, or relay of four. The atmosphere is of keen and friendly rivalry.

Following 44 miles of the mesmerising South West Coast Path there are innumerable steep climbs and descents. This is the ultimate trail runner's rush, with spectacular exposure and challenging terrain all just a stones throw away from the potentially pounding Atlantic swells. There is also the unpredictable weather to contend with along the way and every runner must be well prepared, both mentally and physically.

claire t
"This year was the best atmosphere I’ve ever experienced....the CPs were super..."

Tryst W
"Was very unsure how the terrain was going to be and wished i paid more..."
See all reviews

How to enter the Endurancelife Classic Quarter – Cornwall

Find out more from members of the community who did it last year, or those already signed up.

Rain throughout the day.

Moderate wind possible, up to 23mph 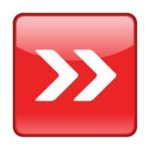 Love endurance sport, live for adventure? Endurancelife is for anyone who NEVER gives up. We believe that nothing is more motivating and rewarding than committing to tough challenges that take you to places you wouldn't normally expect to reach. If you share our passion for challenge, adventure and the natural world then join our community. We are a fast growing group of active and adventurous individuals who are up for anything, love tough challenges, and care deeply about the natural world. Join us now, and LIVE MORE! Endurancelife provide Unrivalled trail running in some of the most challenging and breathtaking locations in the U.K. Come and join us. #nevergiveup

Members of the community who’ve improved this page and contributed to its accuracy.

Be first to contribute.