Event passed
Results & Photos
About
Introducing the most demanding and toughest event of the quarter series yet; The Snowdonia Quarter.The Snowdonia Quarter boasts a breathtaking 50 mile route from the West coast of Wales, through the Snowdonia National Park, over Mount Snowdon to the North coast of Wales.The challenge can be undertaken as a solo, relay team of two, or relay of four.The task is brutally simple: To run non-stop from Borth-y-Gest on the West coast of wales, to Conwy on the North coast of Wales. Not forgetting the relentless 3,329 ft ascent to the summit of Mount Snowdon and the undulation of the Snowdonia National Park. This is the ultimate trail runner's rush; with spectacular exposure, challenging terrain and an immense total ascent. Each participant must be prepared both mentally and physically for the tenacious challenge ahead. 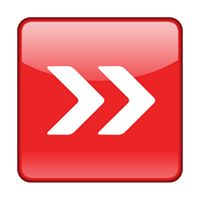 Endurancelife
Love endurance sport, live for adventure? Endurancelife is for anyone who NEVER gives up. We believe that nothing is more motivating and rewarding than committing to tough challenges that take you to places you wouldn't normally expect to reach. If you share our passion for challenge, adventure and the natural world then join our community. We are a fast growing group of active and adventurous individuals who are up for anything, love tough challenges, and care deeply about the natural world. Join us now, and LIVE MORE! Endurancelife provide Unrivalled trail running in some of the most challenging and breathtaking locations in the U.K. Come and join us. #nevergiveup
View more Endurancelife events
Reviews
This event currently has no reviews, why not be the first? You could help someone find their perfect event.