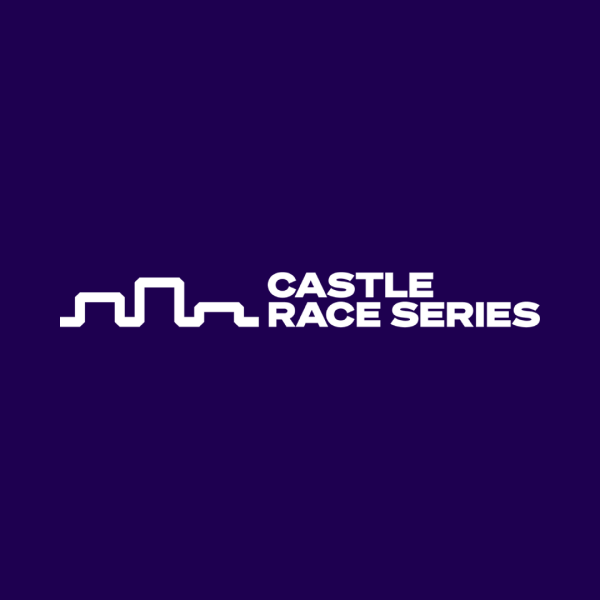 Event passed
See results and photos
About
Saturday 25th and Sunday 26th September; this spectacular event of weekend racing at Hever Castle is set to see over 5000 participants of all abilities complete in the greatest range of fitness and endurance events. The Hever Castle Triathlon weekend is absolutely epic. Expect the most amazing atmosphere, expect to take on awesome courses and expect all the amenities a participant needs.

Where and when
Location
Hever Castle, Hever, Edenbridge TN8 7NG, UK
Start times
Sprint Plus Triathlon - Henry VIII:
TBC |
Sprint Triathlon :
TBC |
Duathlon Sprint:
TBC |
Aquabike Sprint:
TBC |
Aquathlon Sprint:
TBC |
Super Sprint Triathlon - The Anne Boleyn:
TBC |
Starter Triathlon - The Castle:
TBC |
Junior Triathlon (9-10 yrs old):
TBC |
5k Swim:
TBC |
2.5k Swim:
TBC |
1 Mile Swim:
TBC |
Half Iron Triathlon - The Gauntlet:
TBC |
Olympic Triathlon - The Hever:
TBC |
Duathlon Standard:
TBC |
Aquabike Standard:
TBC |
Aquathlon Standard:
TBC |
Marathon Run:
TBC |
Half Marathon Run:
TBC |
10k Run:
TBC |
Junior Triathlon (15-16 yrs old):
TBC |
Junior Triathlon (13-14 yrs old):
TBC |
Junior Triathlon (11-12 yrs old):
TBC
Races summary
Here's what races are available for Hever Castle Triathlon, Multisport, Swim and Run and Sport Festival
1 / 6
Starter Triathlon - The Castle
0.2km
15km
2.5km
£70.00 - £110.00
Free Injury Protection
Junior Triathlon (9-10 yrs old)
0.2km
4.2km
1.3km
£33.00 - £55.00
Free Injury Protection
Junior Triathlon (11-12 yrs old)
0.3km
4.2km
1.3km
£39.00
Free Injury Protection
Super Sprint Triathlon - The Anne Boleyn
0.4km
20km
4km
£85.00 - £130.00
Free Injury Protection
Route information
Please see here for route maps: https://www.castletriathlonseries.co.uk/the-series/hever-castle/#Coursemaps
THE TRIATHLON COURSE
Swim
An open-water swim in the spectacular 38 acre Hever Castle Lake and River Eden
Bike
An undulating cycle that takes athletes around a circuit through the High Weald of Kent, an Area of Outstanding Natural Beauty, and up to the stunning Ashdown forest for the longer distance races.
Run
The largely off-road run circumnavigates the estate as well as taking runners through land owned by the Bellhurst Nature Conservation Trust (the majority of this section is not on public rights of way), then returning to the award-winning castle grounds before athletes make the dash to the tree-lined finishing chute beside the lake.
THE HALF IRONMAN GAUNTLET
Hever Castle witnesses hundreds of hardy triathletes taking on the exciting Gauntlet, a middle-distance race that pushed competitors to their limit via a 1.9km swim, 90km bike ride and 21km run.
If the promise of a cycle up the Burren’s Corkscrew Hill in Ireland, a swim in the iconic Chateau Grand Canal or a half marathon though the historic grounds of Castle Howard whets your appetite, see below for a detailed course description of each of our five Gauntlet races.
MULTISPORT DISTANCES (AQUATHLON, DUATHLON, AQUABIKE)
If the thought of completing all three disciplines at once is holding you back from signing up to one of triathlon events, then the multisport distances could be perfect for you! Perhaps an injury is preventing you from running, you can’t get your hands on a bike for this summer or the idea of swimming in the lake is just too much. Castle Triathlon Series have created the multisport events to allow the competitors to compete in two disciplines of your choice within the triathlons. The same stunning courses tailored to suit you!
**JUNIOR TRIATHLON
**Our junior event witnesses a 300m lake swim before a challenging but hugely fun off-road 8km cycle around the Castle grounds.
The junior race concludes with a 4km trail run around the castle grounds.
CHILDREN (11-12yrs) TRIATHLON
For the tweens out there, the Castle Triathlon Series offers a 200m open-water swim in a calm castle lake, a 4km off-road bike in the castle grounds before a 2km trail run finale.
CHILDREN (8-10yrs) TRIATHLON
The shortest event in our celebrated children’s races begins with a 100m open-water swim before a 4km bike on traffic-free trails around the Castle grounds.
The race climaxes with a 1.3km run, again on a safe off-road course. One parent is allowed in transition with their children to offer some assistance.
What's included
How to get there
Hever Castle, Hever, Edenbridge TN8 7NG, UK
Get full directions
Address: Hever Castle, Hever, Edenbridge TN8 7NG, UK
Directions to Hever Castle -
Please check your journey time and allow plenty of time to access the car parks. All car parks are in adjoining fields to the event. Please follow the below instructions to avoid delays
Hever Castle is situated three miles South East of Edenbridge off the B2026 between Sevenoaks and East Grinstead in the village of Hever. Situated 30 miles from London in West Kent, exit the M25 at junctions 5 or 6 and follow the Brown tourist signs. Also well signed from the Hildenborough exit of the A21.
Event day logistics
The previous years start timings for the various Sprint events took place between 07:30 and 14:30. The Starter Tri, Children and Swim only events started between 15:00 and 17:00.
If Covid restrictions dictate, they shall follow a similar format at this Venue. If social distancing is not required, all adults events will take place in the morning and Children and Mixed Team Relay events after 14:00.
Entrants will be notified of their start time via email 2 weeks prior to the event. It is advised that entrants arrive at least 1 – 1.5 hours before their given wave time. Relays go off in the final wave of their distance.

Castle Race Series
Formed in 2009, the Castle Race Series has swiftly established itself as the UK’s largest triathlon series.From Lough Cutra to Chantilly and Castles Howard, Cholmondeley and Hever, we’re immensely proud of the iconic backdrops to each Castle Race Series race and the friendly festival atmosphere produced at every event.
View more Castle Race Series events
Spectator Info
The spectator experience at the Castle Series has become almost as famous as the spectacular backdrops and classic courses, and has made passing time before your loved ones finish the race a thing of the past.
Spectators are actively encouraged to come down to the event! The looped nature of the course makes it very spectator friendly.
There will be a variety of entertainment on offer, with a festival theme throughout, such as inflatables, climbing wall, yoga and retail outlets.
Please follow this link for more information on spectators https://www.castletriathlonseries.co.uk/take-part/spectators/
Kit List
See a full list of Castle Triathlon Partners at https://www.castletriathlonseries.co.uk/partners/
FAQ's
When will I be sent my start time for the Hever Castle Triathlon and Sport Festival?
Participants will be emailed their start time approximately 2 weeks ahead of the event.
Is it an open water swim at the Hever Castle Triathlon and Sport Festival?
Yes, the swim will take part in the lake.
Is the water quality at the Hever Castle Triathlon and Sport Festival good?
Water quality reports are conducted by EU Water Bathing Directive and can be found on their website.
Do I need a British Triathlon Licence to race?
All Triathlon and multi-discipline participants must produce their governing body license (BTF, TI, FFTTRI) on race-day to avoid paying for a Day Licence. Day licence's must be purchased online prior to event day. See organiser's website for details. This does not apply to single discipline events; swim only, cycle only, or run only.
Do I need a wetsuit?
For swim length up to 1500m wetsuits will be optional on race day if the temp remains between 14 and 22 degrees centigrade. Events over 1500m swim length will have wetsuits as optional between 15 and 23 degrees centigrade. Wetsuits hire is available from Yonda Sports https://yondasports.com/
Can I hire a bike rather than trek mine to the Hever Castle Triathlon, Multisport, Swim and Run and Sport Festival?
Absolutely, if you hire a bike with British Bike Hire, the bike will be at the event site waiting for you. Visit www.britishbikehire.co.uk/events for more information.
Reviews
4.5
4 reviews
Good for beginners
Amazing medal
Great parking
4.3
Did the Aquabike Sprint in 2019
The weather let the day down. So much water on the ride. Wich turned into mud on the run. This event was an exercise in doing it anyway.
4.0
Did the Junior Triathlon (9-10 yrs old) in 2019
My first Triathlon happened here and it was a great choice although the entry is a bit pricey and the medal is not the nicest one (quite small) unless you pre-order a personalised one which I am waiting for. I had sprint (750/20/5) but have done over 28k in total as transitions were a bit longer. Swimming part - I stayed way too back as a beginner which turned out to be mistake get with others just stay few metres behind, not too far. Water was cold for me but that was because I didn’t have the proper wetsuit. It was easy to follow with enough marshals on kayaks around.The beginning of the cycling course does not start on the road but a muddy/small rocks pathway thus it was a bit difficult but it’s its ashort phase.. The cycling road was surprisingly hilly and there was no traffic closure so sometimes it was a bit challenging with cars queues behind slower cyclists. Passing sometimes difficult due to traffic and narrow countryside roads but lovely sceneries. Run was in laps (2X2.5km) it was definitely trail so pick the right shoes. Overall great experience, however, if you are looking for a Triathlon to make PBs - this one is way too hilly. I recommend for beginners as I found it as a great choice. Enjoy!
5.0
Did the Aquathlon Sprint in 2015
This was my first ever triathlon, and it was such a good one to do! The swim is good for people who are bad at sighting (like me), because you always stay around the edge of the lake, and pass through some narrow areas which help you swim in a straight line. The cycle route is a bit rolling and really beautiful, and the run is green and nice.
4.7
Did the Sprint Triathlon in 2017
Lovely course, great atmosphere and feels really busy. Great post race experience/village as well...
Less reviews
Ask a question
Find out more from members of the community who did the event last year, or those signed up.
Is your question about booking your place?
You may also like
Eton Dorney Triathlons
Sun 25th Sep 2022 - Windsor
4.1(4)
Hitchin Triathlon (Sprint & Nitro)
Sun 3rd Jul 2022 - Hitchin
Hitchin Tri Nitro Series & Race 1
Wed 20th Jul 2022 - Hitchin
Hitchin Tri Nitro Series - Race Two
Wed 3rd Aug 2022 - Hitchin
Hitchin Tri Nitro Series - Race Three
Fri 19th Aug 2022 - Hitchin