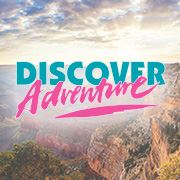 Event passed
Results & Photos
About
Cycling from London to Paris is one of the great cycle experiences in Europe. Passing through picturesque Kent countryside, we cross the Channel and continue through the small villages and medieval market towns of Northern France. With long days in the saddle and some strenuous hill-climbs, the sight of the Eiffel Tower, our finishing point, will evoke a real sense of achievement. Our last day in Paris allows us to explore the sights and soak up the romantic atmosphere of this majestic city!

300 Mile:
TBC
Races summary
Here's what races are available for London To Paris Cycle – July
300 Mile
300mi
£99.00
Route information
Day 1: London – Dover – Calais
An early start allows us to avoid the morning traffic as we pass through the outskirts of London onto quieter roads. It is not long before we are among the rolling fields and villages of rural Kent, passing orchards and traditional oast houses where hops are stored. We follow country roads across the hills of the North Downs to Dover and the coast. Taking the ferry to Calais, we have dinner on board and cycle the short distance (approx 5 miles) to our hotel. Night hotel. (Dinner on ferry not included).
Day 2: Calais – Abbeville
After a hearty breakfast we head south through beautiful rural landscapes. We ride through ancient Desvres, pedalling quiet winding roads running parallel to the coast. After lunch we reach the valleys of the Canche River and head further south towards Crécy-en-Ponthieu – site of the 14th-century Battle of Crécy. Continuing south, our final leg brings us to Abbeville, on the River Somme. Abbeville suffered badly from WW2 air raids, but its beautiful Flemish-style architecture is still in evidence and its Gothic church has been largely restored to its former glory. Night hotel.
Day 3: Abbeville – Beauvais
Leaving Abbeville behind us we follow the River Somme east out of the town in the direction of Amiens. These lands are renowned for the terrible battles of the First World War and are scattered with cemeteries and other poignant reminders of the thousands of men who died here. Our route soon turns south and we follow shady beech-tree-lined avenues so typically French, into meandering valleys and traditional farming hamlets. The cycling is mostly flat and through agricultural lands. Our day ends at Beauvais, a town renowned for its large gothic cathedral. Night hotel.
Day 4: Beauvais – Paris
Our final day’s cycling takes us over the river Théram and south of Beauvais towards the great capital city. Following small country roads we head towards the small town of Meru and continue south through beautiful countryside. As we reach the suburbs of Paris we look out for the distinctive landmarks of the Eiffel Tower and the Sacré Coeur standing out on the skyline. Reaching the suburb of St. Denis we come to the River Seine; following its northern esplanade in the shadow of the Bois du Boulogne, we ride until we reach the Pont d’Iena and finish beneath the lofty arches of the Eiffel Tower. We check into our hotel and enjoy a great celebration to mark our achievements. Night hotel.
Day 5: Paris – London
After breakfast you are free to explore the famous sights of Paris. Later you can enjoy the huge spectacle that is the Tour de France! We don’t have a set area to gather, but the 71m-wide Champs-Elysées is by far the best place to watch the laps before the final sprint; head over with your new cycling buddies, pick a spot and enjoy the incredible atmosphere. Spectators gather early to watch the world’s most famous cycling event arrive home, and if you want a good view you are advised to get there many hours before the peloton! You are responsible for getting yourself and your bags to the Gare du Nord in time for your evening Eurostar train back to St Pancras, where you will be reunited with your bike. (Lunch & Dinner not included).

What's included
Your Entry Includes:
Please note: Registration Fee is Payable on booking, Fundraising Target will be Paid 10 or 6 weeks prior to trip departure.
How to get there
Goffers Rd, Blackheath, London SE3 7BN, UK
Get full directions
Accommodation
We usually stay in hotels or lodges of a 2-3* standard or equivalent. Standards may vary between the hotels but they are generally comfortable and convenient for our route. Hotels are often on the outskirts of towns to minimize unnecessary extra mileage and avoid traffic.

Discover Adventure
View more Discover Adventure events
Kit List
Clothing
We plan our trips around the optimal weather conditions, but could still be exposed to bad weather at any time. It is vital you are prepared for all conditions. We provide you with a detailed packing kit-list on registration, as well as details on useful discounts you are entitled to as a Discover Adventure customer. We are always available if you need advice.
Reviews
This event currently has no reviews, why not be the first? You could help someone find their perfect event.