1 / 8
5 +
Event cancelled
About
Please join us for our series of 5k and 10K runs that will take place in 2019 all over the Midlands. We are organising these events to raise money for male types of cancers including prostate and testicular cancer.

10K:
TBC |
5K:
TBC
Races summary
Here's what races are available for Manuptocancer Victoria Park 5K & 10K
10K
10km
£10.00 - £15.00
5K
5km
£5.00 - £15.00
Route information
Victoria Park was the city's race course until 1883, the park now has thoughtfully laid out pathways shaded by avenues of trees dividing its 69 acres of open parkland.
Further information
There are two war memorials on the park, the most notable of which is the magnificent memorial arch (Cenotaph) built to commemorate the dead of the First World War. A small Rock Memorial located near to the pavilion commemorates the American 82nd Airbourne division who were based in Leicester prior to the D Day landings in 1944.
Both the Victoria Park Cenotaph and the two lodges which front onto London Road were designed by Sir Edwin Lutyens famous for designing The Cenotaph in Whitehall London.
Leading up to the memorial arch from University Road is Peace Walk flanked by flower beds which provide a formal approach to the Cenotaph.
The park hosted fairs in the 19th century and continues as a venue for large community and cultural events.
What's included
The ticket price includes entrance to the 5k / 10k or both. There will be an optional published finishing order, certificates, plus a small prize for 1st in each category.
Finishers Medal
Manned water stations on route
Free Water bottle at the finish
Changing facilities
How to get there
Victoria Park, Granville Rd, Leicester LE1 7RY, UK
Get full directions
How to find us
Leicester LE1 7RY
Let's Do This recommend that you arrive at least 45 mins before your start time so that you have plenty of time to register before the race.
Event day logistics
Men and women, all ages welcome. A small 1k run will be set up for children under the age of 8.
5K or 10K distance (measured accurately)
At registration you will:
1. Be checked off the registration list
2. Confirm if you are entering into the 1K, 5K or 10K run
3. Receive your race number
4. Receive your RFID timing tag (this is an adhesive sticker, please stick it to your race number)
5. Receive your Free T Shirt 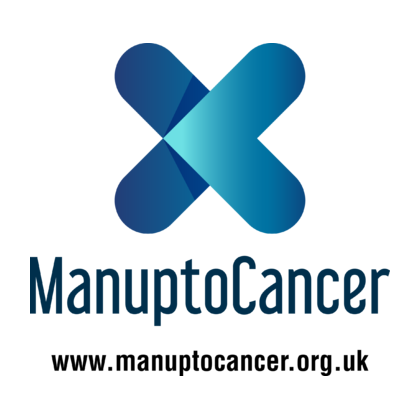 Manuptocancer
View more Manuptocancer events
Spectator Info
These events are made great as much by the runners as by the awesome people who come and cheer them on! Please feel free to come and cheer on all the runners!
Reviews
This event currently has no reviews, why not be the first? You could help someone find their perfect event.
You may also like
Brighton Marathon Weekend
Sun, 02 Apr 2023 - Brighton
RunThrough Leicestershire Chase the Sun 5k, 10k & 10 Mile - June
Thu, 08 Jun 2023 - Loughborough
4.2(30)
RunThrough Leicestershire Running Festival - 2023
Sun, 22 Oct 2023 - Loughborough
The Northants 'Shires and Spires Event' - Ultra 35, Marathon, Half Marathon, 10k
Sun, 14 May 2023 - Naseby
4.5(18)
RunThrough Tatton Park 10k Series Pass 2023
Sun, 31 Dec 2023 - Knutsford