1 / 6
3 +
Event cancelled
About
Test yourself around the scenic island of Mersea with this mixed-distance Triathlon. Great for first-timers and seasoned pros alike, the swim tracks along the beach and the cycle into the neighbouring village, before a big finish on the sand. Come for your first triathlon in these epic surroundings.

Sprint Triathlon:
12:00pm |
Olympic Triathlon:
11:50am
Races summary
Here's what races are available for Mersea Island Sprint & Olympic Triathlon
Sprint Triathlon
0.75km
20km
5km
£60.00 - £65.00
Olympic Triathlon
1.5km
40km
10km
£80.00 - £85.00
Route information
Sprint Course:
750m Swim:
Start with a dive/jump off the floating pontoon jetty, situated in the heart of the fishing and sailing waterfront. Competitors then swim 750m along the coast through the moorings to the first beach, Shingle Point, behind the iconic houseboats.
20KM Cycle:
Entrants will be led off the island and over the causeway before cycling around the adjacent village of Peldon.
5KM Run:
The Run has the competitors on roads for the first half before exiting onto the beach for the final 2.5km straight to the finish at Shingle Point, where you can expect to see spectators cheering you on across the line. The run will consist of 50% beach and **50% road.
Olympic Course:
1.5KM Swim:
**Again, competitors will kick-off from the beach, making it ideal for supporters to see. They will take in similar sites to the sprint, but for double the distance.
40KM Cycle:
Entrants will complete the same route as the sprint discipline, before then completing a full lap around the reservoir.
10KM Run:
The run will follow a similar pattern of 50% beach and 50% road, in true Mersea Island Triathlon fashion.

What's included
How to get there
Victoria Esplanade, West Mersea, Colchester CO5 8BH, UK
Get full directions
**Address: Victora Esplanade, CO5 8BH
Car:** There will be parking available on-site.
Event day logistics
Schedule:
1200: Race Start
Please arrive at least 45 minutes before the start of your race to allow plenty of time to get prepared. 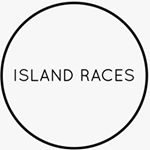 Island Races
Island Races has hosted a Sprint Triathlon for the last 8 years. It is a sporting event company enthusiastic about introducing a series of triathlons, duathlons, SUP races, Open Water Swims and more harnessing the natural characteristics of Mersea Island and the surrounding areas. We welcome complete beginners and seasoned athletes, seeing people challenging themselves and having fun at the same time.
View more Island Races events
Spectator Info
Located on the central beach, there's plenty of facilities, cafes, toilets and cafes nearby whilst you cheer on your family and friends.
Kit List
Entrants must provide their own bike in good working order and helmets are mandatory.
FAQ's
Is there parking?
There will be parking available on-site.
Do I need to be experienced?
With an array of distances and disciplines, this event is perfect for those looking to do their first triathlon and veterans of the sport alike.
What do finisher's receive?
Finisher's will receive a great event t-shirt.
Reviews
4.9
10 reviews
Good for beginners
Well organized
Great parking
EO
Eugene O
4.3
Did the Sprint Triathlon in 2019
I liked the wide swim start and finish but unfortunately must have killed a couple of jellyfish. The run along the beach is something different and quite taxing :)
4.7
Did the Sprint Triathlon in 2019
Thank you for all the hard work. I enjoyed taking part. I am used to the London crow (in terms of number), so considering the weather and the location there was quite a supporting crowd. Thank you.
J
Jward
5.0
Did the Sprint Triathlon in 2019
Amazing event, really friendly, great for people new to triathlon. Helpful volunteers, very well organised. Great location, unique with mixed terrain. Would highly recommend this event. And even got offered an oyster at the finish line!
MB
Michael B
5.0
Did the Sprint Triathlon in 2019
This is only my third triathlon but has definitely gone to the top as the most favourite! I love mersea island and this was a really enjoyable one for me. It was well organised and all the organisers and Marshall's were friendly and helpful. The course was great even though the beach run was challenging!! But the spectators helped a great deal! The medal was awesome too!! Will definitely be back next year!!
VJ
Victoria J
5.0
Did the Sprint Triathlon in 2019
What an amazing weekend, great organisation and above all such enthusiasm from both volunteers and participants. The course was really varied, well signposted and allowed competitors to really explore the island and surrounding areas (what a good distraction)!As a local participating in the event, it was so great to see residents and visitors to the island, cheering everyone on during the swim, cycle, and running through the village.Massive thanks to Abbie, Josh and their team for a bloomin' brilliant weekend. Looking forward to next year already!
RC
Roy C
5.0
Did the Sprint Triathlon in 2019
Excellent location . Ideal for beginners to triathlon. Crowds were great. Easy access. Great course
RC
Roy C
5.0
Did the Sprint Triathlon in 2019
Excellent Venue and ideal for for first attempt. Great support and location. Easy to get too. Highly recommended.
SR
Suzy R
5.0
Did the Sprint Triathlon in 2019
Friendly people, beautiful location, easy access, great food and drink stalls. All in all, a fantastic event.
5.0
Did the Sprint Triathlon in 2019
Such a friendly and welcoming triathlon! Beautiful location - loved it! Great medal, t-shirt, beer and oyster after too!
JB
Johnny B
5.0
Did the Sprint Triathlon in 2019
Well organised, lots of food and drink available, lots of friendly Marshall’s giving support. It was my first time and I would say just go out and have fun!
Less reviews
Recent Questions
CH