The Out Of The Blue 10k & 5k offers the rare opportunity to run in the unique setting of Ashburnham Place, near Battle. The multi-terrain route will take in some of the 220-acre grounds, which are rich in wildlife. Parts of the ground have been designated a Site of Special Scientific Interest because of its valuable flora and fauna.

Out Of The Blue is a fund-raising body established in memory of Will Beckett who took his own life at Beachy Head in January 2013, at the age of 42. The tragedy came as an incredible shock for his family and friends - it simply came 'Out Of The Blue'.

The event aims to raise funds for three charities which helped Will's family and friends in the immediate aftermath of his death. The charities are Winston's Wish, Dragonflies, and The Beachy Head Chaplaincy Team. Out of the Blue raises money to support these charities so that they can continue to help others. You can find details of how each charity helped Will's family and you can also donate to Out of the Blue on their Virgin Money page.

The event will also be raising funds for CALM - The Campaign Against Living Miserably, a registered charity, which exists to prevent male suicide in the UK. In 2013, male suicide accounted for 78% of all suicides and it is the single biggest cause of death in men aged 20-45. CALM seek to prevent male suicide by offering support to men in the UK, of any age, who are down or in crisis via their helpline website. They push for changes in policy and practice, so that suicide is better prevented.

It is hoped that this running event will attract families, with races staged over both 5k and 10k as well as children's races.

The 10K race is a two lap, multi-terrain course around the lakes within the beautiful rural grounds of Ashburnham Place. It will be run on a mixture of grass, trails and tarmac paths.

Out Of The Blue Battle 10k & 5k weather forecast

Moderate breeze possible, up to 13mph 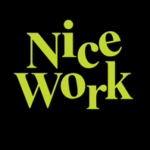 We are a specialist race management company, organising more than 140 races across the UK each year. We offer everything from small community events to larger races organised on behalf of running clubs, charities, local authorities and private companies.