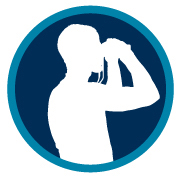 Event passed
Results & Photos
About
Get along to the Pitsford reservoir for this epic mixed-event race day. With a Triathlon, Duathlon, Aquabike, and Aquathlon this event is great for athletes of varying abilities and speeds. Come for the picturesque reservoir trails or for the vibrant race day atmosphere.

Triathlon:
8:00am |
Duathlon:
7:55am |
Aquathlon:
8:00am |
Aquabike:
8:00am
Races summary
Here's what races are available for Pitsford Sprint Triathlon, Duathlon, Aquabike, Aquathlon
Triathlon
0.75km
20.6km
5km
£50.00 - £55.00
Duathlon
5km
20.6km
5km
£34.00 - £39.00
Aquathlon
0.75km
5km
£34.00 - £39.00
Aquabike
0.75km
20.6km
£34.00 - £39.00
Route information
**Triathlon
Swim: 750M**
The swim starts from the shore of the Northampton Sailing Club, before heading out to the Dam Wall and looping back around the centre of lack towards the shore.
**Bike: 20.6KM
**The course begins with a quick climb followed by steep downhill into Pitsford village. After this, the route remains steadily undulating throughout while you cycle throughout the picturesque Northamptonshire countryside.
**Run: 5KM
**The final stage of the triathlon will culminate in a quick 5KM run around the periphery of the reservoir, through woodland and open tracks with views over the lake.
**Duathlon
**The Duathlon will follow the same cycling and running routes as the triathlon above.
Aquathlon
The Aquathlon swim will be the same as the Triathlon and the run following the same route as the above events.
Aquabike
Once again, the swim route will stay the same and the cycle will follow the course of the triathlon and the duathlon.

Go Beyond Challenge
Our roots are in off road sports. We offer a complete series of Ultra trail runs many of which have become "must do events" in the Ultra race calendar. Staying with the off road and trail theme we have a sprint style duathlon which once again is in a fantastic location with fabulous trails. But we like to provide something for everyone. We are also the organisers of the Northampton Half Marathon and The Pitsford Triathlons (Sprint and Standard), in fact we are a one stop shop for all the races you will ever need. Go Beyond was founded in 2008 and purchased in 2018 by Simon Hollis. We now work with over 30 charities helping them carry out fundraising through sport. So please, come and join us and take your fitness to a new level - and why not raise money for a good cause at the same time.
View more Go Beyond Challenge events
Spectator Info
This is a great event for spectators who can base themselves at the Northampton Sailing Club and create a thriving race day atmosphere.
Kit List
FAQs
Are there toilets on-site?
Toilet facilities will be available all day at the registration area in the Sailing Club House and the Club's changing area.
Will the Sailing Club be open?
The Sailing Club galley will be open pre-race for hot and cold refreshments and is the perfect base for supporters.
What time does transition close?
Transition will shut at 0745 in preparation for the duathlon beginning at 0755.
Reviews
4.2
2 reviews
4.7
Did the race in 2019
Fantastic race on a great course. A little disappointed that there were no finishers medals - especially as there were a few people doing their first triathlon who would have really deserved one
3.7
Did the race in 2019
Competed in the duathlon and it was a well organised, decent event to race. Run route scenic and the cycle route on quiet roads but not a fast cycle route if thats your head down and go choice.Good atmosphere at the end and the watermelon was a welcome 'recovery food'.
You may also like
Roade Sprint Triathlon
Sun, 26 Mar 2023 - Roade
3.6(5)
Triathlon Team Relays Bedford
Sun, 23 Jul 2023 - Bedford
5.0(1)
Compton Verney Kids' Triathlon
Sat, 22 Jul 2023 - Compton Verney
Do3 Black Long Distance Weekend
Sat, 22 Jul 2023 - Compton Verney
The Last Tri
Sun, 08 Oct 2023 - Lydney
4.6(22)