Event passed
Results & Photos
About
Run, jog or walk the new ATW Prosecco 5k, a scenic, traffic-free route through the enchanting Lee Valley Regional Park on 26th August during our last bank holiday weekend. The single-lap event takes place close to the impressive Lee Valley White Water Centre which staged canoe slalom events in London 2012.The course is entirely flat, on tarmacked and grass paths.And after completing your 5K course, you can join the Prosecco Procession where you will be treated with the sparkling tipple as soon as you’ve crossed the line! Make your way through the procession to collect your special-edition themed medal and perhaps another top up.There will be live commentary, music and photos as you celebrate your achievements with your friends, family and of course your favourite drink!

5k:
TBC
Races summary
Here's what races are available for Prosecco 5K
5k
5km
£23.00 - £25.00
Route information
It follows wide, flat paths, circles lakes, crosses streams and passes a series of imposing sculptures made of wood, limestone or metal.
There are benches and the ‘Giant’s Chair’, which is not so huge that you can’t have a quick sit down.
Several other carvings celebrate the park’s wildlife, and close to the course finish is a stunning depiction of a Viking ship. It honours legendary King Alfred the Great who in the late ninth century diverted the river Lea to scupper a Viking raid.
There were no such strandings at the White Water Centre in the London Olympics where 12,000 people roared Brits Etienne Stott and Tim Baillie to slalom gold.

What's included
Your registration pack will be collected at the race. Please arrive in sufficient time to do this, (we recommened arrival before 11 am).
A custom themed medal will be given at the finish line.
How to get there
Gate Lodge, Enfield EN2 9HG, UK
Get full directions
Free parking is available within the showground at event HQ. However, for obvious reasons, we encourage participants to make use of public transport

Where is the nearest train station to the event?

Waltham Cross or Cheshunt but we advise checking your journey before you travel. 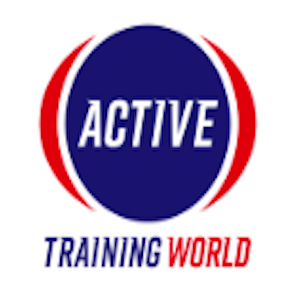