1 / 24
21 +
Event passed
Results & Photos
About
Speed into winter with this speedy 10K around Queen Elizabeth Olympic Park. Perfect for runners of all stripes, the course weaves through the park taking in all its iconic venues. Come for the stirring surroundings or for the chance to clock a PB.

10k:
9:30am
Races summary
Here's what races are available for Queen Elizabeth Olympic Park 10k – November
10k
10km
£24.00
Route information
This is a lapped course, with athletes completing 3 laps of the route on the tarmac and hard gravel paths within the park. The looped nature of the route allows participants to fully engage in their surroundings and appreciate this epic Olympic setting.
Runners will loop around the immense Olympic Stadium, now home of West Ham United before heading back to the river with views toward the Lee Valley VeloPark - the home of much of Team GB's 2012 success.
Please always be vigilant of other runners, spectators, dogs, cyclists and other users of public footpaths and rights of way.

What's included
Finisher's Medal
How to get there
The Last Drop, Queen Elizabeth Olympic Park, 5 Thornton St, London E20 2AD, UK
Get full directions
By Tube/National Rail
Stratford Station (Jubilee line) is a 15-minute walk to the start.
By Overground
Hackney Wick station is a 20-minute walk to the start.
Parking
Parking can be found in the Stratford multi-storey or the Westfield Statford City car park, both of which are around a 15-minute walk to The Last Drop.
Cycling
There are cycle stands nearby to the ArcelorMittal Orbit as well as a Santander Cycles docking station at The Last Drop.
Event day logistics
09:30 10k race starts
Race Pack
Race numbers will be collected on the day from registration. Please arrive with plenty of time to collect your race pack, attach your race number and warm up.
Bag Drop
Bag drop will be available at the event but runners should bring as little baggage as possible.
Toilets
Toilets will be available around the start & finish area/lap point for use throughout each event by both participants and spectators. 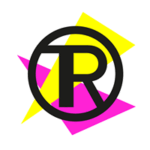 The Race Organiser
With an inventory of over 150 events each year, the Race Organiser is one of the most prominent event organisers in the country. Whether it’s running, cycling, or swimming events, TRO have succeeded in creating a community of all abilities, who come together time-and-time again to enjoy their shared passion. Their events are widely renowned for exceptional organisation and great marshals who will ensure that you have a truly amazing experience come race day.
View more The Race Organiser events
FAQs
Is there an age limit?
Participants must be 15+ on the day of the event.
Can you sign up for the QE Olympic Park 10k - November on the day?
No, there will be no entry available on the day.
Where can I find results for the QE Olympic Park 10k - November?
Results will be uploaded to the official QE Olympic Park 10K website live. Timing printouts are also available at the event on the day.
Can I run with Earphones/Headphones?
Noise-cancelling earphones/headphones are prohibited. Participants choosing to use headphones should ensure they are set to a minimum volume. The Race Organisers reserve the right to disqualify participants who cannot hear instructions as a result of their use.
Reviews
4.5
3 reviews
Perfect for a pb
Good for beginners
Well organized
4.7
Did the race in 2021
This is a great 10K course for anyone looking at an intermediary route. Unlike 10K routes in Victoria Park or Battersea Park the elevation profile of the route is quite pronounced so expect to be going up and down for most of the course. This if you are a beginner in 10K runs maybe leave this on the side until you tackled the more flat 10K routes first.In terms of experience, it was very organised, we were allowed to access the toilet facilities of the park (rather than portaloos) and the process of getting numbers and bag drop were super fast and efficient.The medal also looks nice (sort of a yellow round underground station shape).Last but not least, the thing I enjoyed the most was that this was a dedicated 10K race without other distance races happening at the same time. This made the whole course very clear to follow and there was very little crowding in the lane across the race (perhaps with some exception of the first 120 seconds of the race).Overall, this is a highly recommended race for intermediate 10K runners.
4.0
Did the race in 2018
Last minute course change meant that we ran an extra half a km. A bit of a surprise! I believe this was beyond the organisers' control. Otherwise all clearly set out in info received in advance.
4.7
Did the race in 2018
Amazing , but it was 10,7 k not a 10k ... I know it was the security fault ,but still ,my time was slow for .. 10k ... according to the print out ...
Less reviews
You may also like
Brighton Marathon Weekend
Sun, 02 Apr 2023 - Brighton
London Half Marathon at Queen Elizabeth Olympic Park 2023
Sun, 05 Mar 2023 - London
RunThrough Greenwich 5k, 10k & Half Marathon - March
Sat, 04 Mar 2023 - London
ABP Southampton Marathon, Half Marathon & 10k 2023
Sun, 02 Apr 2023 - Southampton
4.4(8)