Round the Rock 10K 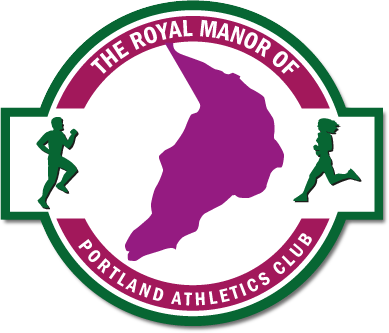 Event passed
Results & Photos
About
Round the Rock started life in 2008 as the RMPAC Silver Jubilee 10k, after which it was decided to hold the race on an annual basis, with the new name of Round the Rock voted for by club members. The route is undulating, predominately on tarmac roads and pavements, and takes you around the top of the Isle of Portland in a figure of eight, with a short loop of two and a half kilometers and a longer loop of seven and a half kilometers. You will be too busy taking in the sights as you pass the prison, admire the breath taking sea views and run past Pennsylvania castle to notice the distance you have covered!The race start and finish are at the Blues Club Grove Road, Portland. This is the home ground of Portland United Football Club and parking, as well as toilet and changing facilities, are available. To get there by road head for Weymouth then follow the signs for Portland on the A354. Follow the main road to the top of Portland to the Heights Hotel roundabout. Go straight across the roundabout to Easton. After approximately 300 yards you will pass the Chesil Beach Motors Garage and the Recycling Centre on your left, the next turning on the left is Grove Road. The PUFC ground is approximately 300 yards on your left. If using a Satnav enter the postcode DT5 1DP.

Round the Rock 10K

RMPAC
The club was formed by a group of people in 1983 mostly but not all from the Navy and Dave Sanderson was the original chair person.We meet at 6.15 on a Tuesday evening at the YMCA on Reforne, Portland. Our training runs start at 6.30, come rain or shine, and each session lasts between an hour to an hour and fifteen minutes. There is also the opportunity to complete longer training runs on a Sunday morning…ideal for those hoping to complete a longer distance run.
View more RMPAC events
Reviews
This event currently has no reviews, why not be the first? You could help someone find their perfect event.