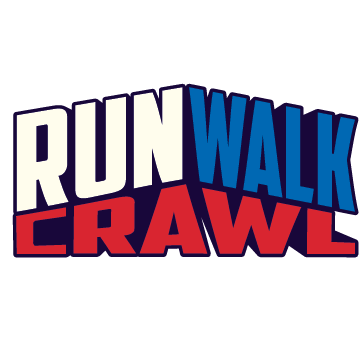 Event passed
Results & Photos
About
An ultra-trail footrace starting and finishing in Cardiff, crossing the South Wales Valleys and the Brecon Beacons! A demanding test of endurance over varied and challenging terrain, only suitable for experienced and competent ultra-trail runners. The route has approximately 6400m of ascent and is over 90% on trails. The SW50 is the second half of the SW100 route, starting from the Pont ar Dawe Car Park at the foot of Pen y Fan. 3200m of ascent. The SW100 Walkers/non-competitive, starts at 1500 on Friday with an overall cut off time of 44 hours.

SW 100:
7:00pm |
SW 50:
9:00am
Races summary
Here's what races are available for South Wales 100 & 50
SW 100
100mi
£110.00
SW 50
50mi
£70.00
Route information
tarting in Cardiff, the capital city of Wales, the SW100 route heads North out of the city following the Taff Trail to Castell Coch. After exiting Forest Fawr, you leave the Taff Trail and and head West along the fully waymarked 'Ridgeway route'. On a clear day, from the top of the first climb, Mynydd Y Garth, you can see the highpoints stretched out of the entire circular route you are about to conquer - even Pen Y Fan looming in the distance! After approximately 15 miles along the ridgeway route you turn North again heading through dramatic woodlands, then open fell to the top of the Bwlch. From here the Maindy Trail brings you down and across the valleys of the old mining communities of Treorchy, over Maerdy Mountain then onto Hirwaun. From here a fast section on the Celtic Trail takes you past the famous Penderyn Distillary, into the Brecon Beacons National Park, where you join the 'four Waterfalls Walk' passing under the breathtaking ' waterfall 'Sgwd yr Eira'. By early morning you will be through Yestradfeltte Village - you now have the day to cross the main Beacons Range. Following the Beacons Way and the more exposed summits of Fan Llia and Fan Frynych, you will drop down through the Graig Cerrig Gleisiad (Nature Reserve) to the Storey Arms at the half way point.
The route then climbs to the top of Pen Y Fan (via Corn Du) and it is here where the SW50 mile route joins the SW100. You will cross the stunning Brecon Beacons mountain range of Pen y Fan, Cribyn and Fan y Big before the long descent to Talybont reservoir. From here the steepest climb of the route is Tor Y Foel - the crux of the route, after this it is (nearly) all downhill! Heading South via the green and rolling hills through Tredegar, you'll reach the Rhymney Valle, the mountain peaks of Rhymney Hill and Mynydd Bedwellte and then Caerphilly Castle - another highlight of the route. Skirting around Caerphilly Castle a final push over Caerphilly Mountain and Crag yr Alt brings you back to 'Fairy Tale' Castle Coch and a easy jog along the river Taff to the finish.
There are 11 manned checkpoints for the SW100 & 6 Checkpoints for the SW50. The majority are indoors in community halls or similar. We provide a comprehensive variety of food and drinks. Details of what is provided and locations can be seen on the FAQ page on (Q17). Checkpoints are spaced approximately every 6-10 miles.
What's included
A marked route
Waterproof route description and map booklet
Well stocked checkpoints
GPS tracking for both races
Event t-shirt
Event medal
Camping at race HQ for Friday and Saturday night
Toilets, showers and changing facilities
Post event meal
GPS file
Two drop bags on the SW100 and 1 on the SW50
Bus transport from Cardiff to Brecon for SW50 competitors
Physiotherapy, First Aid and Mountain Safety Team cover
Experenced Race Directors, Race Team and amazing marshals
6 UTMB Points for the SW100 & 4 UTMB Points for the SW 50
How to get there
6 Queen St, Cardiff CF10 2BU, UK
Get full directions
Event day logistics
Friday
1200 Campsite & Race HQ opens
1330-1430 Walkers registration & briefing
1500 Walkers start
1600-1730 SW100 Registration & briefing at 1730
1900 SW100 Start
1930-2100 Registration re-opens for SW50 competitors
2200 Registration closes
2300 Campsite closes
Saturday
0630 Registration opens SW50
0730 Registration closes
0730 SW50 briefing
0745 Bus departs for Brecon Beacons
0930 SW50 start from Brecon
1700 First 100 finishers expected
1800 First 50 competitors expected
Sunday
1100 Last finisher for SW100
1100 Last finisher for SW50
1115 Presentation
1200 Campsite and race HQ closes

Run Walk Crawl
View more Run Walk Crawl events
Reviews
This event currently has no reviews, why not be the first? You could help someone find their perfect event.