Event passed
Results & Photos
About
The Ted Pepper 'Seven' was first organised in 1979. The Club Committee turned down a request to make it 10k - as no one ran 10k on the roads! (those were the days). It was always a short course and basically 3 laps around the Langley Park area of Beckenham. In 1991 the course was re-measured and adjusted to make it 10k. 2018 sees the same course as the last five years, still 10k but mostly off-road and based around Norman Park, Bromley.The race recalls Ted Pepper, a Blackheath Harrier (as we were previously called) who died in the 1978 Three Peaks race in North Yorkshire, having represented his club with distinction on the road, track and cross country. 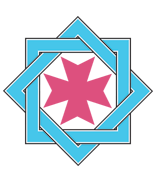