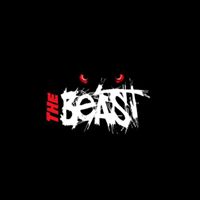 Event passed
Results & Photos
About
Glastonbury is a town in South West England. It's known for its ancient and medieval sites, many rich in myth. Glastonbury Tor is a tower-topped hill linked to Arthurian legend, overlooking the marshy Somerset Levels. Once said to be King Arthur’s burial place, Glastonbury Abbey is a ruined monastery dating to the 7th century. Nearby, centuries-old Glastonbury Tribunal has a museum with Iron Age artefacts. The event is a 5 mile loop around the drove ways of the somerset levels, a stunning run on flat (Pan flat) and safe (Limited traffic), tarmacked road, if you're doing the 10 mile run or 10 mile CHALLENGE (TMC), you will do two laps.

The Beast Challenge
Ever wondered just how to fit you really are, wondered if you could do those Military fitness tests, well you can now try one of them. The Combat fitness test (CFT) is one of the tests used by the British Army to test the fitness of its troops, The test within HM forces is a forced march (Quick walk) over a set distance (10 miles) in full kit (up to 25 kg) completed in under 2 Hours.
View more The Beast Challenge events
Reviews
This event currently has no reviews, why not be the first? You could help someone find their perfect event.