1 / 8
5 +
Event passed
Results & Photos
About
The Fan Dance is a gruelling 24km non-navigational race over two sides of Pen Y Fan, the highest mountain in the Brecon Beacons. This infamous route has long been a part of SAS (Special Air Service) and SBS (Special Boat Service) Selection and is considered the yardstick of a candidate's potential to perform well on Test Week and ultimately pass the Special Forces Selection programme.Starting at the iconic old red phone box the race goes straight up to the summit checkpoint of Pen Y Fan and, after descending "Jacob's Ladder", continues along an undulating stone vehicle track (the "Roman Road") to the second checkpoint which also serves as a tea stop and turnaround point. Then, taking the route in reverse, racers climb back up "The Fan" via Jacob's ladder and pass through the summit checkpoint a second time before legging their way back down to the finish at the old red phone box.The route is a real lung buster that throws everything at you, including the elements. There are steady slopes that allow a solid jogging pace, shocking inclines that have you almost on your hands and knees, loose stone tracks that require cautious foot placements and a forested vehicle track that allows for some rapid going. Even SAS recruits at the height of their physical abilities regard beating the clock in this event as a serious challenge, and all know its capacity to hurt. Aside from the race aspect of this event, just getting to the end is an accomplishment and something to be proud of. The Fan Dance is open to ANYONE looking for a unique challenge: be it personal, competitive, as a sponsored participant in aid of your favourite charity or as part of a team building exercise. As per real Special Forces Selection, the event will be staged in both summer and winter (both load-bearing and clean fatigue). 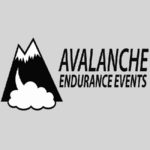