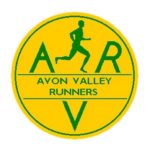 Event passed
Results & Photos
About
The Imber Ultra Marathon is a trail run of approximately 33 miles. It starts at the Leighton Recreation Centre in the town of Westbury at the north west of the Imber Ranges. Over the first couple of miles runners ascend the escarpment of Salisbury Plain, then follow the Imber Range Perimeter Path in an anti clockwise direction. In the first 10 miles they pass round the town of Warminster and a number of iron age hill forts on footpaths. Then they run on metalled roads, bridleways and tracks east then north. On the way they pass through some of the most remote parts of southern England, apart from a German village around the halfway mark! The final 10 miles are westward along the north side of the training area. Here the going is good on roads or big tracks, but it will be against the usually prevailing wind to add to the challenge. The final couple of miles include the biggest descent of the day, back to the finish at the Leighton Recreation Centre.

Ultramarathon:
TBC
Races summary
Here's what races are available for The Imber Ultra
Ultramarathon
33mi
£32.00 - £34.00
How to get there
2 Acacia Dr, Westbury BA13 3WP, UK
Get full directions

Avon Valley Runners
Avon Valley Runners is a running club based in West Wiltshire. We cater for runners of all abilities and experience. Our members enjoy and compete in Road Running, Cross Country and Fell Running as well as other multi-sport activities like Triathlon.
View more Avon Valley Runners events
Reviews
This event currently has no reviews, why not be the first? You could help someone find their perfect event.