Inspired by the preeminent, international swimrun race series OTILLO ("island to island), originating in Sweden in 2006, two multisport veterans looking for the next adventure are pleased to once again present in 2017 the ONLY "OTILLO- style" swimrun event in North America. Consisting of multiple, alternating swim and overland running legs (island roads, trails, and shoreline scrambles) between several islands in Portland, Maine’s spectacular Casco Bay, SwimRun will test competitors with run legs across varied island island terrain and several miles of open water swimming.

How to enter the Casco Bay Islands SwimRun

Rain in the morning.

Light breeze possible, up to 6mph 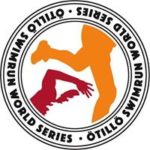 ÖTILLÖ is the origin of Swimrun, a new endurance sport driven by respect and dedication. Swimrun is about experiencing nature in the purest possible way, with Respect for yourself, for your team partner, for others and for the environment.

How was Casco Bay Islands SwimRun?