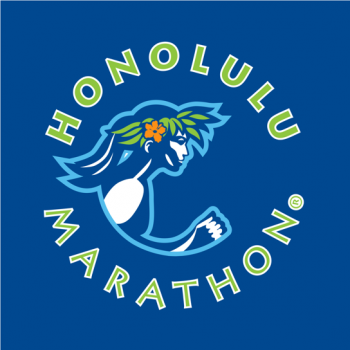 Event passed
See results and photos
About
Join us in Hawaii for the fourth largest marathon in the United States. There is nowhere better to run 26.2 miles than this spectacular course in paradise! There is no time limit and no cap on the number of participants, so come one, come all for Oahu's own annual celebration of running!

Where and when
Location
364 S King St, Honolulu, HI 96813, USA
Start times
Honolulu Marathon:
5:00am |
Start to Park 10K:
5:00am |
Kalakaua Merrie Mile:
7:00am
Races summary
Here's what races are available for Honolulu Marathon
Kalakaua Merrie Mile
1mi
$45.00 - $60.00
Free Injury Protection
Start to Park 10K
10km
$75.00 - $90.00
Free Injury Protection
Honolulu Marathon
26.2mi
$115.00 - $310.00
Free Injury Protection
Route information
MARATHON
Mile 1: The Honolulu Marathon starts on Ala Moana Boulevard, which in Hawaiian means “path by the ocean.” This phrase is an appropriate description for the entire race course. At the Starting Line is Ala Moana Beach Park, a local recreation area encompassing over 100 acres of park, beaches, swimming and surfing spots.
Miles 2-3: The second mile of the course runs through downtown along Honolulu Harbor and the historic Aloha Tower, a ten- story clock tower which was the tallest building in Hawaii when it was erected in 1926. Runners turn right into Chinatown and proceed through Downtown Honolulu on South King Street. This historic stretch of the course passes Iolani Palace, the only royal palace on American soil; the gilded statue of King Kamehameha; Kawaiahao Church, built with coral blocks from nearby reefs; Honolulu Hale, city hall; and Mission Houses Museum.
Mile 4: The race forks right onto Kapiolani Boulevard through urban Honolulu and in the fourth mile turns right down Piikoi Street. The course returns to Ala Moana Boulevard, this time passing Ala Moana Center, a huge, open-air mall with more than 250 stores. The bridge spanning the Ala Wai Canal marks the entrance to Waikiki. The Ala Wai Canal is a favorite training area for outrigger canoe paddlers and the Ala Wai Harbor hosts international yachting competitions.
Mile 5: Mile five races through the concrete jungle of Waikiki high-rise hotels and condominiums, by the Hilton Hawaiian Village and the U.S. Army’s Fort DeRussy. The course turns right onto Kalakaua Avenue lined with shops offering everything from tacky souvenirs and t-shirts to high- priced designer merchandise. Just past the Sheraton Moana Surfrider, Waikiki’s oldest hotel built in 1901, is a spectacular ocean view: world-famous Waikiki Beach. Tourists, beach boys, sunbathers, and surfers flock to this stretch of white sand, often crowding around the statue of Duke Kahanamoku, a renowned surfer and Olympic gold medalist.
Mile 6: Near the sixth mile, the course forks to the left onto Monsarrat Avenue, around the Honolulu Zoo and past the Waikiki Shell. Runners turn right onto Paki Avenue which threads around Kapiolani Park, Hawaii’s first public park. As the course nears Diamond Head, an extinct volcanic crater 760-feet high, there are some short, uphill grades and breathtaking views of Oahu’s east coastline. The route circles the crater to the left on Diamond Head Road, then turns right onto 18th Avenue.
Miles 10-14: The race turns right onto Kilauea Avenue in the tenth mile, passing through residential and commercial areas of Kahala then merges into Kalanianaole Highway. The coastal route continues for four miles through the bedroom communities of Waialae Iki, Aina Haina, and Niu Valley. This suburban area of Honolulu is comprised of hillside communities with side roads that curve steeply up the mountains. The expensive homes, often perched precariously on cliffs, provide panoramic views of the ocean far below.
Miles 15-19: In the sixteenth mile, runners turn left onto Hawaii Kai Drive into a valley community created by and named for billionaire industrialist Henry J. Kaiser. The course through residential Hawaii Kai loops around an inland waterway. Looming ahead is Koko Head, a volcanic crater eroded on one side by the ocean into the popular snorkel spot, Hanauma Bay. The course turns right back onto Kalanianiole Highway at Maunalua Bay Beach Park, a popular spot for parasailing and outrigger canoes.
Miles 20-24: For the next four miles, runners double back along Kalanianaole Highway passing Kawaikui and Wailupe beach parks. At mile 22, the course turns left onto Kealaolu Avenue along the Waialae Country Club where the Hawaiian Open PGA Golf Tournament is held. At the road’s end, the route turns right onto Kahala Avenue, a neighborhood of luxury homes fronting Kahala Beach and Black Point. Kahala Avenue merges into Diamond Head Road at mile 24, circling back around Diamond Head crater.
Miles 25-26: As the last mile of the course curves around Diamond Head toward the finish in Waikiki, the route passes Cliffs, a popular surfing spot, and the Diamond Head Lighthouse. At the tip of Kapiolani Park, runners fork onto Kalakaua Avenue. The last stretch of the race runs along the park past Sans Souci Beach and the Waikiki Aquarium to the Finish Line near the Kapiolani Park Bandstand.

What's included
How to get there
364 S King St, Honolulu, HI 96813, USA
Get full directions
Getting to the start: You can use the free shuttles from the Honolulu Zoo to get to the start.
TRANSPORTATION
Free BUS SERVICE to the starting line will depart from the Honolulu Zoo parking lot on Kapahulu Avenue beginning at 2:00 AM on Race Day. The last bus will leave at 4:00 AM. Board early and do not wait for the last bus as there may not be room for you.
DROP-OFF: Prior to 3:40 am, Start-line drop off on Waimanu Street. Proceed toward the ocean on Pensacola to Waimanu Street drop off, then turn towards the mountains onto Piikoi to escape the road closure. If arriving after 3:40 am, drop off at Pensacola Street / Kaimaile Street or Piikoi Street / Kapiolani Boulevard.
PARKING: Limited street parking may be available from a four to six block radius of the start line. Parking is prohibited at the Ala Moana Shopping Center, Ward Center Theatre, Whole Foods, and access to Ala Moana Beach Park is limited to authorized vehicle only.
RESTROOMS: Portable facilities available.
IMPORTANT NOTE: There will be no Clothing Check-In at the START Area on Race Day. Any clothing left or discarded at the start area will be donated to charity.
The Clothing Check-In is in Kapiolani Park in the Finish Area and open for drop off on Saturday Dec 8, 10AM-5PM. Your belongings must be placed in an official bag labelled with your running number which you collect at packet pick-up. Only officially labeled bags will be accepted at the Clothing Check-In tent. All bags must be collected by 3pm on race day.
Event day logistics
Start: Participants are asked to meet by the start area on Ala Moana Boulevard ready to start at 5 am, Sunday, December 8. Your bib is color-coded for the start area, but we urge you to be early, especially if you’re starting close to the front.
Race Packet Pick-Up
Pick up your running packet at the Honolulu Marathon Expo, Hawaii Convention Center, 1801 Kalakaua Avenue, Honolulu, Hawaii 96815
Please bring your photo ID. The packet will contain your My Laps BIB number with an embedded timing chip.
Please note: Packets will not be mailed. Packets will not be given out on Race Day
Start Line Staging: Stage in the corresponding banner area designated by your bib color. This will allow for runners of a similar pace to cross the start line together and a more pleasant marathon and 10k for everyone.

11/3/2019
Is it possible to run with a stroller? Are there any regulations for this or are runenes allowed to bring in strollers as needed?
SE

11/8/2019
Hi there. Unfortunately strollers are not permitted on the running course