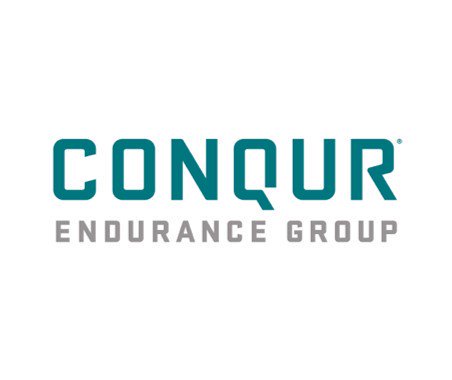 Event passed
See results and photos
About
Sign up for this global event that starts in Dodger Stadium and heads all the way to Santa Monica Pier. This quirky and iconic event is accessible for all standards of runner. Come for one of the few events with a stadium start line.

All reviews
The event experience
🎉
Atmosphere

5 to 20m elevation gain per km

Marathon:
6:30am
Races summary
Here's what races are available for Los Angeles Marathon
Marathon
26.2mi
Free Injury Protection
Route information
Celebrate one of the world's most culturally diverse cities in the Los Angeles Marathon. With world-class entertainment and an iconic course through Downtown Los Angeles, Little Tokyo, Hollywood, and more, all types of runners can enjoy this run.
The McCourt Foundation is proud to announce that the 2021 Los Angeles Marathon presented by ASICS will begin at Dodger Stadium and finish at Avenue of the Stars in Century City.
Following the traditional course until Brentwood, the course then doubles back on San Vicente, Sepulveda and Santa Monica Blvd before finishing at Avenue of the Stars, making for a much more vibrant and interactive finish.
This new finish will allow for a much more spectator friendly viewing experience, and will provide much more opportunity for enhanced post-race activities including the Finish Festival. The Festival will be host to concerts, sponsor activations and puts runners close to hotels, transportation, and nightlife in West Hollywood, Beverly Hills and the best of LA.
Note: The 2021 course displayed will be subject to minor adjustments. The final certified course will be published in the near future.

What's included
How to get there
Dodger Stadium, 1000 Vin Scully Ave, Los Angeles, CA 90012, USA
Get full directions
Parking
Pre-paid parking will be available near the finish line in Century City. It is recommended that runners who want to park near the finish line should park in one of the parking lots and take a shuttle bus to the start line.
Parking locations are as follows:
Dodger Stadium will be open to traffic on Sunday from 3am, where participants are allowed to park for the Marathon. Please note there is no shuttle system in place from the finish line back to Dodger Stadium.
Access to the stadium is only permitted through the Golden State Gate which is accessible via I-5 - Stadium Way exit. Please Note: the Stadium Way exits from CA-110 (both northbound and southbound) will be closed on race day. Use 2000 Academy Rd to navigate via GPS. This will take you directly to the Golden State Gate.
Cars must leave the stadium by 8pm on race day or it may be towed.
Shuttles: Finish Line
Shuttles are available from the finish line to the start line on the morning of the race. Pick-up will be on Avenue of the Stars, south of Olympic Blvd. Reservation of shuttle transport must be made when registering for the event.
Shuttles depart from the start line from 3am - 5:30am.
Shuttles: Union Station
Pre-race shuttles are available from Union Station to the start line at Dodger Stadium between 5am and 6am on race day. The shuttles will depart from Bay 9 at Patsaouras Transit Plaza. The following times are available from Union Station: 5am, 5:30am, 6am.
*Union Stations are not the same as Downtown LA Hotel shuttles.
Please Note: there is no shuttle transportation from the Finish Line to Union Station after the race.
Reservation of shuttle transport must be made when registering for the event.
Shuttles: Downtown LA Hotels
Entrants who have booked into a hotel in Downtown LA through the organizers Hotel Reservation Center, complimentary shuttle transportation is available to the Start Line at Dodger Stadium and from the Finish Line.
Reservation of shuttle transport must be made when registering for the event and will run at 5:30am and 6am.
Event day logistics
Friday
10am - 7pm Expo & Bib pick-up at Dodger Stadium
Saturday
8am LA Big 5k starts at Elysian Park at Dodger Stadium
9am - 5pm Expo & Bib pick-up at Dodger Stadium
Sunday
6:30am Wheelchair entrants start
6:35am Handcycle entrants start
6:45am Elite women start
6:55am Elite men and full field starts
Packet Pick-Up includes:
You must bring a valid photo ID to Packet Pick-Up, which is located at the Health & Fitness Expo. All participants are required to pick up their own Participant Packet during regularly scheduled Expo hours.
Individuals will not be able to pick up Packets on behalf of others. There will be no race day Packet Pick-Up. Packets will not be mailed to participants. Please make travel plans accordingly, as no exceptions will be made to these rules.
Gear Check
Gear Check is located in Parking Lot K at Dodger Stadium. All gear checked at the Start Line will be transported to the Finish Line for pick-up post-race. Participants must use the clear plastic event-issued Participant Bag to check gear. Non-transparent bags, backpacks, or luggage will NOT be accepted. Do not check anything valuable or fragile as the Skechers Performance Los Angeles Marathon is not liable for any loss or damage. Gear Check closes promptly at 6:30 am.
Participants will be able to retrieve their checked items immediately after crossing the Finish Line in Santa Monica along Ocean Ave. Gear Check at the Finish Line will close promptly at 3:00 pm.
Pacers
There will be pacers available at the event for the following finish times:

Conqur Endurance Group
View more Conqur Endurance Group events
FAQ's
Is there food available on the course?
There will be two CLIF SHOT® Energy Gels stations on course (Mile 12 and Mile 19).
Can I run with an iPod/headphones?
Yes. USATF, the national governing body of the sport, recently amended its ban on headphones, iPods and similar devices. It is recommended that athletes keep only one ear bud in to be able to hear directions from race officials or emergency vehicles. Athletes competing for prize money are not allowed to use electronic devices such as headphones and ear pieces.
Will there be coverage of the Los Angeles Marathon?
Yes, there will be coverage of the event worldwide from 6am - 11am PT on the following channels: KTLA.com (international), KTLA+ which can be viewed on KTLA+ app on Apple TV, Roku, and Firestick (US Only), Facebook at Facebook.com/LAMarathon (international), YouTube at YouTube.com/KTLA (international).
Reviews
5.0
1 reviews
Stunning scenery
Friendly atmosphere
Incredible crowds
5.0
Did the Marathon in 2019
Great event for LA.
Recent Questions
DK