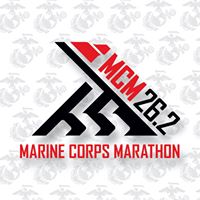 Marine Corps Marathon
The MCM is one of the largest marathons in the US and the world and stands as the largest marathon in the world that doesn't offer prize money, earning its nickname, "The People's Marathon." The MCM has been voted “Best Marathon in the Mid Atlantic,” “Best Marathon for Charities” and “Best Spectator Event." Hosted annually in the Arlington, VA and the nation's capital, the MCM offers an experience for runners to tour the nation's most recognizable landmarks while being supported by the men and women of the United States Marine Corps.
View more Marine Corps Marathon events
Reviews
This event currently has no reviews, why not be the first? You could help someone find their perfect event.