Featuring fall foliage, a petting zoo and the wildest, most festive Thanksgiving-themed shirt anywhere, the Turkey Trot 10K and Mile offer a final calorie burning opportunity before the holiday indulgence.

Jonathon L
"It was easy to pace myself for 5k, because it was generally flat. Around mile..."

Donna M
"This race is my absolute fav and I cant imagine not running it every year!!..."

Jody G
"I wish I had known the route to get to the race once the main road was closed...."
See all reviews

How to enter the Marine Corps Marathon – Turkey Trot

Light breeze possible, up to 7mph 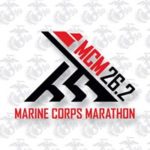 The MCM is one of the largest marathons in the US and the world and stands as the largest marathon in the world that doesn't offer prize money, earning its nickname, "The People's Marathon." The MCM has been voted “Best Marathon in the Mid Atlantic,” “Best Marathon for Charities” and “Best Spectator Event." Hosted annually in the Arlington, VA and the nation's capital, the MCM offers an experience for runners to tour the nation's most recognizable landmarks while being supported by the men and women of the United States Marine Corps.

Running Events in the United States