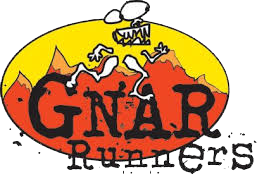 1 / 3
Tickets on organiser’s site
About
Take on a massive challenge at the Quad Rock 50 Mile & 25 Mile. These rough, rocky courses will push you to your limit, so make sure you come prepared. Experience the challenge and enjoy a post-race BBQ at the finish line.

50 Mile:
5:30am
25 Mile:
7:00am
Kids Healthy Smile and Dirty Feet Race:
1:00pm
Races summary
Here's what races are available for Quad Rock 50 Mile & 25 Mile
50 Mile
50mi
25 Mile
25mi
Kids Healthy Smile and Dirty Feet Race
0.5mi
Route information
Terrain: 85% singletrack, 15% dirt road
Elevation Gain: 25 Mile - 5500ft, 50 Mile - 11000ft
Aid Stations: There will be 4 aid stations on this route: Towers, Horsetooth, Arthur's West, & Soldiers Canyon.
Both distances at the Quad Rock follow the same 25 Mile course. They will start at Soldier Canyon and run the loop clockwise, heading south to Arthurs East, and continuing to Stout where the run will head west to Towers (the first aid station).
The route then heads south again to the next aid station at Horsetooth and turns north to head to Towers again via a different route. The run then takes a winding route through Mill Creek and heads to Arthur's West.
The run then goes west looping through Timber with many winding paths and finishing on Lodgepole Drive in Soldier Canyon, where the 25 Mile will finish.
The 50 Mile's second lap follows mostly the same loop as the first lap but runs it counter-clockwise instead of clockwise. From Arthurs East to the finish line, the counter-clockwise loop takes a slightly different route just to the east of the initial one and finishes on East Valley instead of Lodgepole Drive.

What's included
How to get there
6275 N Co Rd 25G, Bellvue, CO 80512, USA
Get full directions
By Car
Exit the US-287 onto U.S. 287 B. Follow for 3.6 miles, then turn left onto N CO Rd 23. Follow south and turn right onto N CO Rd 25G to reach the event.
Parking
Parking for 50 mile runners will be available at Lory State Park beginning at 4:00 am and for 25 mile runners beginning at 6:00 am. All vehicles containing registered runners will receive a park pass.
Parking spaces in the Soldier Canyon start/finish area will be given to carpools of 2 or more registered runners on a first-come, first-serve basis.
All other vehicles will be directed to park in the Timber trailhead lot and on the east side of the Lodgepole Drive spur road. Lodgepole Drive will be restricted to one-way traffic from south to north. Vehicles will enter on the south end of Lodgepole Drive and will fill in the first available space on the right side of the road. Vehicles will exit on the north end of Lodgepole Drive.