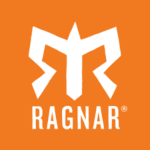 Event passed
Results & Photos
About
The Bourbon Chase celebrates the best of Kentucky. It is a 200-mile journey across the Bluegrass State – through our historic bourbon distilleries, across our majestic horse country, and into our enchanting small towns. The Bourbon Chase is made up of 400 teams. Each team is comprised of 1 captain. Whether you are a serious racer, a casual runner, or just a passionate spectator – there is a place for you in The Bourbon Chase.

200 Miles:
TBC
Races summary
Here's what races are available for Ragnar Bourbon Chase
200 Miles
200mi
Route information
Begin your journey at Jim Beam and head east to Bardstown, the Bourbon Capital of the World. In the quaint city of Bardstown, you pass through Heaven Hill, the largest family-owned distillery in the world. Next, you trek toward the historic and beautiful Maker’s Mark distillery. Exiting the distillery, you head into the heart of central Kentucky, passing some of the state’s most historic areas. First, the course takes you near Perryville Battlefield, where a significant Civil War battle took place. Next, you will head south to Stanford, the second oldest city in Kentucky. Then, the course turns for the north as it passes through the middle of the enchanting community of Danville where the state’s first constitution was written. Finally, before heading back into distillery country, you run through Harrodsburg. Founded as Fort Harrod in 1774, it was the first permanent settlement west of the Alleghenies.
The unique Spanish Mission-style architecture announces that you have reached Four Roses distillery. From here, you come into Lawrenceburg, home of Wild Turkey. Crossing over the Tyrone Bridge, several hundred feet above the Kentucky River, you enter the official gateway to Horse Country. This section of the course, heading toward Woodford Reserve, is undoubtedly the most stunning because of its rolling bluegrass countryside and picturesque horse farms.
From there you head toward the charming community of Midway, home of one of the nation’s leading colleges focusing on equine professions. As you wind your way out of Midway and down the delightful scenic back roads of the Bluegrass Region, the course works its way into downtown Lexington. By now, you can smell and hear the finish line celebration that awaits you and your friends at Triangle Park, near the Alltech Brewery & Distillery.
How to get there
113 Great Buffalo Trace, Frankfort, KY 40601, USA
Get full directions

Ragnar
The idea to run an overnight 24+ hour running relay across the mountains of Utah was a lifelong dream of Steve Hill. The dream became a reality in 2004 when Steve, his son Dan and Dan’s college roommate, Tanner Bell, organized the first Wasatch Back Relay, spanning 188 miles from Logan to Park City, UT. Starting small, the Ragnar Relay Series has grown from a single relay in Utah to the largest overnight relay series in the nation. Some call it a movement. We call it Ragnar.
View more Ragnar events
Reviews
4.8
2 reviews
5.0
Did the 200 Miles in 2017
Great event! Of nearly 100 runs over the years, this is my favorite. Heres my blog post describing the experience along with some tips.
4.7
Did the 200 Miles in 2018
amazeballs, 1000%