The Cholmondeley event attracts over 1600 competitors to the beautiful countryside of Cheshire, offering the quintessential Castle Triathlon Series experience of competitive and fun racing, an epic castle backdrop and a stunning rural location.

All races at the 200-year-old Cholmondeley Castle start by launching into an open-water swim in Deer Park Mere Lake, transitioning on to a bike route that circumnavigates Bickerton Hill, which is the southern most tip of the Peckforton Hlls. There will be one cycle lap for the Super Sprint and two laps for both the Sprint Plus and Olympic distances.

The run passes through the estate grounds, which date back to the 12th Century, and has one lap for the Super Sprint and two laps for the Sprint Plus and Olympic races. Triathletes will finish their Cholmondeley race experience by sprinting down the main lawn to the finish line with Cholmondeley Castle as a fitting backdrop.

The Cholmondeley Castle Triathlon takes place in the beautiful grounds of Cholmondeley Castle, where the Cholmondeley family have resided since the Norman era of the 12th Century. The estate features extensive parkland covering 500 acres including two lakes, the larger of which, Deer Park Mere, is the setting for the open-water swim section of the triathlon.

To the south of Cholmondeley Castle, Tower Hill is the highest point of the run section, where athletes will be rewarded with panoramic views of the Beeston and Peckforton Hills, which they will have just covered on the undulating bike section, with the Welsh Hills looming in the distance.

C
"I never heard so much bad language and aggressive abuse. If I had a penny for..."
See all reviews

How to enter the Cholmondeley Castle Triathlon

Light breeze possible, up to 5mph 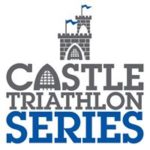 Formed in 2009, the Castle Triathlon Series has swiftly established itself as the UK’s largest triathlon series. From Lough Cutra to Chantilly and Castles Howard, Cholmondeley and Hever, we’re immensely proud of the iconic backdrops to each Castle Triathlon Series race and the friendly festival atmosphere produced at every event.