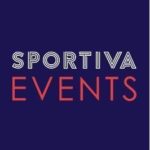 Booked 1 time in the last week

£40.00 - £49.00Free injury protection
About
TRI your hand at a triathlon in the seaside Dawlish Triathlon. With two events, one aimed at newcomer triathletes, this is the perfect event to challenge yourself to accomplish something awesome. With a sea swim, fast bike course, and coastal run, it will be an epic challenge for all.

Sprint Triathlon:
7:30am |
Supersprint:
8:00am
Races summary
Here's what races are available for Dawlish Triathlon
Supersprint
0.3km
16km
5km
£40.00
Free Injury Protection
Sprint Triathlon
0.75km
24km
5km
£49.00
Free Injury Protection
Route information
The Dawlish Triathlon takes advantage of Dawlish Warren's beautiful waters and stunning seaside views in this September triathlon.
Triathletes can choose from two events, the Sprint Triathlon or the Supersprint, the second aimed at giving newcomers to the sport a taste of the action and a reason to stick around.
The course will begin with a sea swim, where athletes will cut through the motion of the ocean before hopping on their bike for a sheltered circuit, and ending by running along the coastal path where they will be offered picturesque seaside views as they speed towards the finish line.
After an initial climb, the majority of the bike ride is flat or downhill, providing a fast course for athletes to push themselves to their absolute best. The run will along the sea wall, so road running shoes will be perfect for this event.
The distances for each event are as follows:
Sprint:
750m sea swim, 24km bike, 5km run.
Supersprint:
300m sea swim, 16km bike, 5km run.

Sportiva Events
Organisers of triathlons, duathlons, bike & running events & open water swims in Devon & the South West. We focus on creating events to suit a wide range of ages and abilities from complete novices to elite. Our events include the Torbay Triathlons, the Dartmouth Triathlon, the Dartington Duathlon & Devon Dirt.
View more Sportiva Events events
What to bring
Mandatory Kit
Optional Extras
FAQ's
What is the cut-off time for the Dawlish Triathlon?
The cut off time is 11:00 am for both races.
Can beginner's take part in the Dawlish Triathlon?
The Dawlish triathlon is recognised as an easy triathlon with a sea swim and both the bike and run courses being flat. The Go Tri event is the perfect event for newcomers to the sport, or for those who see a 750m sea swim as a little daunting.
Do I need a wetsuit for the Dawlish Triathlon?
For this event's wetsuits are not mandatory but it is advised that you wear one depending on the temperature of the water.
Are there toilets at the event?
Yes, toilets will be available from 6am on race day.
Reviews
3.7
1 reviews
Friendly atmosphere
Good for beginners
Well organized
3.7
Did the Sprint Triathlon in 2021
This was my first triathlon (sprint) and the Dawlish Tri was a perfect way to get into the sport. Would definitely compete again next year.
Recent Questions
CP

9/15/2020
Is a tri suit enough for the swim or would you still recommend a wet suit more? Many thanks
MV

9/18/2020
It's a sea swim so the water won't be particularly warm - I'd definitely recommend a wetsuit, particularly if you're doing the sprint distance. For the super sprint, you might be able to get away with just a tri-suit to save time in transition!
JG

8/23/2019
Hi there. Unfortunately this year there will not be a children's race but event organiser's aim for 2020 is to introduce some children's events.
LW