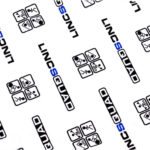 Event passed
Results & Photos
About
The Keyo Brigg Sprint Triathlon is organised by Lincsquad and consists of a 400 metre pool swim (16 lengths) in the Ancholme Leisure Centre’s 25 metre pool followed by a 20km road cycle and finishing with a 5km road run.The course is flat, fast and ideal for both experienced triathletes and newcomers to the sport.Lincsquad are also pleased to announce the introduction this year of team entries.Two formats will be available.Youth Team made up of a minimum 3 person teamFamily Team which comprises at least 1 youth and a minimum of 3 people.

LINCSQUAD
Welcome to Lincolnshire Quadrathlon Club, or more commonly known as LINCSQUAD. LINCSQUAD was formed in 2007 by Paul and a group of like minded individuals who like to train and compete and in various multi-sport events such as Quadrathlons, Triathlons and Duathlons. The club welcomes anyone who just wants to train/compete in only one discipline just as much as in all four and maybe even more. The nucleus of the club is based around North Lincolnshire and was born out of specifically two local ev
View more LINCSQUAD events
Reviews
This event currently has no reviews, why not be the first? You could help someone find their perfect event.