The Official Tour de France Sportive in the UK, L'Etape UK combines some of the best riding close to London with the romance and excitement of the Tour de France. There are three professionally designed routes suitable for all abilities, and the amazing Tour de France Fan Park offering fun for the whole family.

Beverley S
"Fantastic event, so well organised, great communication all day from the..."

Gareth P
"The feeding stations were well stocked and manned. A challenging route but..."

David B
"The arrival to the event was horrendous. I arrived to the queue approximately..."
See all reviews

Road bikes
Single-speed (both fixed and freewheel) bicycles are permitted provided they have fully functioning brakes
Hybrid and Cyclocross bikes
Mountain bikes are allowed – however we do advise that you fit slick tyres to them to help you save energy
Folding bicycles
Handcycles
Recumbents
Tandem bikes – if you are planning to ride a tandem, you do need two entries as there are two of you riding
Electric bikes (remember, a sportive is not a race!)
The following are NOT permitted in the Human Race Sportive Series:

Fixed wheel with no brakes
Fixed wheel with only a front brake
Any bicycle with only one brake
Penny Farthings
Quadcycles
BMX bikes
Towed trailers
Child carriers
Tag-a-long trailers bicycles
Trailer bicycles
Cargo bicycles
Specialist time-trial bicycles are not allowed as they do not allow for immediate control of the bicycle
Any bicycle without 360° rider visibility
Unconventional handlebars (including triathlon bars, aero bars, clip-ons, prayer bars, Spinaci bars and cow bars)
Handlebars without bar-end plugs

Mostly cloudy throughout the day. 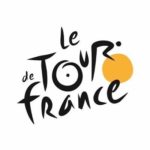