Got friends who might be game?
To ensure you get your friends on board, we're here to help you plan a seamless event experience.
Get started

Grab your kids, friends and loved ones. You don't have to ride to find your place at Levi's GranFondo. It is a magical day for the whole family, flush with live bands, stacks of food, vendors and a fun zone for the kids. Bring your bikes and park them securely for free in our gated and staffed bike parking area.

Ariana M
"This race isn’t just about the cycling, there was a full on festival afterwards..."

Ariana M
"This race is awesome, adding some photos. I would definitely recommend it to..."
See all reviews

How to enter the Levi’s Gran Fondo

Whether you're just getting into riding, or an elite athlete seeking the ultimate challenge, our ride was inspired by, and can be as hard as some of the biggest stages of the Tour de France. It's all up to you. 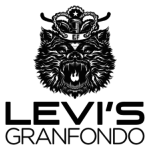