1 / 6
3 +
Event passed
Results & Photos
About
Take part in this superb celebration of endurance sports. Great for novice and experienced racers alike, there's a race on offer for every athlete. Come for the superb views of the River Thames and historic town of Marlow or for the bespoke finisher's medal.

What's included
Finisher's Medal
How to get there
Higginson Park, Marlow, High St, Marlow SL7 1AW, UK
Get full directions
By Car
Hgginson Park, Marlow is easily accessible from both the M40 and M4 via the A404.
By Public Transport
Marlow station is the closest train station and is about a 10 minute walk from Higginson Park.
Event day logistics
07:00 Triathlons, duathlons and auqabikes start
09:00 River swims start
15:00 Event finish
Age Requirements
Registration
All participants will head to registration on the morning of the event to collect bib numbers, bike stickers and swimming caps. Nothing should be expected in the post.
On-site Facilities
Toilets will be available at the start/ finish area. There won't be any toilets on the routes but participants will pass by the start/ finish area after every lap so they will be readily available.
Water Stations
There will be water stations on the run courses only. Participants should carry with them anything necessary to refuel and hydrate during the remainder of the event. 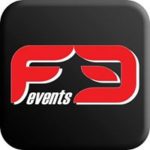 F3 Events
Offering fun, friendly, family, fast and focused events across the South. F3 Events was set up in 2006 and has been one of the leading sporting event organisers along the Thames Valley for the past 10 years. Our mission is to organise, deliver and provide first class sporting events along the Thames Valley to aspiring athletes from complete beginners to elites athletes.
View more F3 Events events
Kit List
FAQs
Where can I find my results after The Marlow Classic?
The results will be posted on F3 events website directly after the race. You will also receive a results email which will be sent to your email address after the event.
Is there an age limit for The Marlow Classic?
Participants must be 18 years and over to enter all Middle distances, 17 years and over to enter all Standard distances, and 15 years and over to enter all Sprint distances.
Will there be a bag drop or changing facilities at The Marlow Classic?
There will not be a bag drop or changing facilities at the event. Please arrive ready to race.
Reviews
3.8
15 reviews
J
jean
1.0
Did the race in 2022
The event was cancelled and no refund given.A great disappointment as needed this race for my husband to qualify for European Championship later this year.Absolutely terrible to be notified a week before the race - totally unacceptable!!!!
NP
Nicola P
2.3
Did the race in 2019
Worst event in terms of organisation that we’ve ever been to. Tried to fit far too many disciplines in one start area. The atmosphere was ruined by the clear stress and confusion amongst the event staff where no one seemed to know what they were doing. There was not enough places to rack bikes, not enough toilets, not enough finisher medals, not enough parking spaces. Everything seemed to go wrong! To top it off my partner and I both placed in the top 3 of our race categories, however the female names were not even acknowledged or read out. When questioned they said it’s because there were not enough trophies! Very disappointing and definitely not doing an F3 event again. This was felt by many people on the day.
5.0
Did the race in 2019
this is a really great event. My first 70.3 and definitely not my last. Nice and varied course, some challenging hills on the bike course, and a fun atmosphere at the finish line.
4.0
Did the race in 2019
Great race and fantastic atmosphere. Particularly enjoyed the hectic swim start and running down the tow paths.
5.0
Did the race in 2015
Excellent event on the River Thames and very well organised. The river swim leads to a great start to the day although be warned that the temperatures can be a little chilly! This is one of my favourite events on the calendar and leads to great weekend on the outskirts of London.
4.7
Did the race in 2014
It was my first half Ironman but I was made to feel at ease with a lot of other competitors who were competing at this distance for their first time. The organisation was smooth and the course was along the river. The surrounding areas is lovely to visit pre and post race as well.
4.7
Did the race in 2019
well organised race and good course. Would have been nice to have done a couple more aid stations on the run.
2.3
Did the race in 2019
Organization was general good, course signage, marshalling etc. However, after a warm-up run, I turned up at the start at 08:25 ready for the advertised 08:30 start time only to find the race had started 10 minutes early and everyone had departed. The senior marshall was apologetic and took a note of my revised start time and said they'd adjust my time. Just took a look at the results and, of course, no sign of any adjustment. Not impressed.
4.3
Did the race in 2019
Great event with a lovely river swim and a run along the river path. Slightly delayed start but didn't affect the day!
4.3
Did the race in 2019
Lovely course and great event with a super atmosphere. All the event volunteers were very friendly and helpful. Real pain in the proverbial to have to come the day before to register, not to mention the climate impact of everyone doing the round trip twice. Timing on the day was a bit off, race started 15 mins late and the start of the swim was rushed with the start going about 5 seconds after the last person got in the water.
More reviews
Less reviews
Recent Questions
SH

11/03/2019
Hi there. Unfortunately the event organiser asks that you register the day before the event. It may be worth contacting them directly to see whether they can make an exception - enquiries@f3events.co.uk
RB

30/04/2019
How many competitors do you expect on the half iron distance race?
SD

02/05/2019
Hi there. Thanks for getting in touch. If you ping the event organiser an email they'd be happy to give you some more specific information about the event-enquiries@f3events.co.uk
RB

30/04/2019
Can you let me know how many competitors you are expecting for the half iron?
eb