A 209k cycling event starting from Chalfont St Peter. A no-heroics 'ride round ride' from Chalfont out to Hungerford and back, just right for a short Winter's day.

simon b
"Not as advertised - Again. And this year with added rain! If I could have seen..."

Howard D
"Great ride! Real challenge was the weather, but a few good Cafe stops made it..."
See all reviews

How to enter the The Willy Warmer

Light rain in the morning and afternoon. 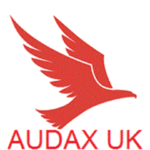 Long distance cycling in the UK and elsewhere. Audax UK. Information and events calendar at aukweb.net. This group is for discussion about long-distance cycling and audax events. No advertising, not even for charity events.